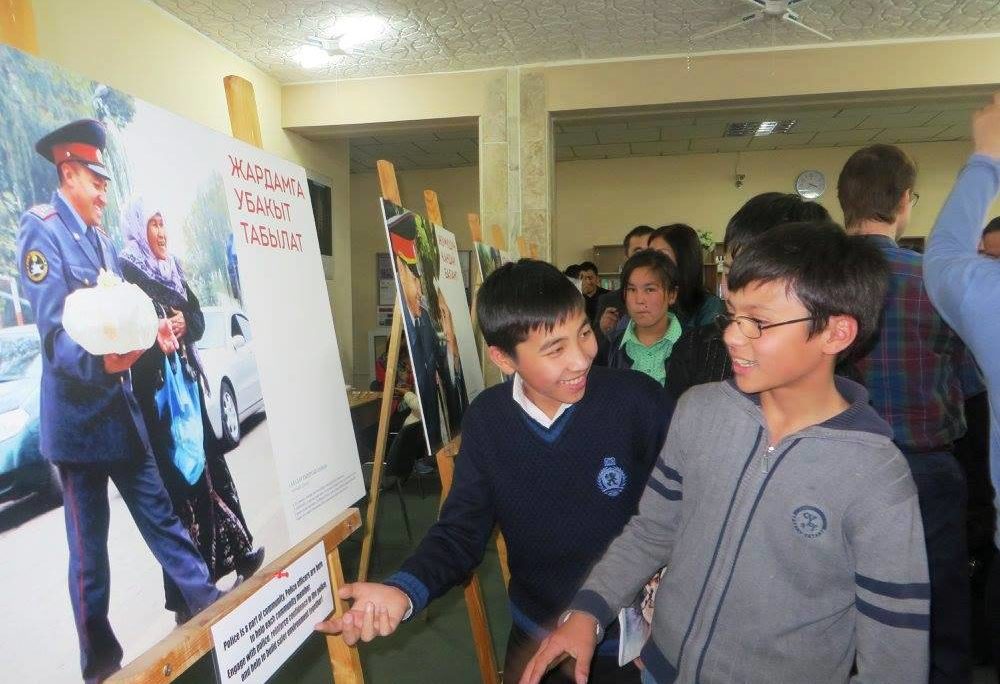 Osh – On April 5, the American Corner in Osh city will host the opening of a photo exhibition on “Youth in Community Policing.” The event is part of the Saferworld Community Policing Initiative funded by the United States. The exhibition will showcase the contributions of youth and women to improving partnership between police and communities to create safer environments.

Saferworld focuses on community-based approaches to understand the root causes of community insecurity and find effective ways to address these concerns.  Some of the most critical challenges local communities face are underage marriage, high unemployment, and at risk-youth.  These factors are often linked to domestic violence, early divorce, and an increase in violent extremism. Saferworld supports local organizations to cultivate cooperation between communities and police to tackle the issues together.

The photo exhibition will show examples of youth and women involved in the community policing process, and provide an opportunity to learn more about how young people can improve their communities.