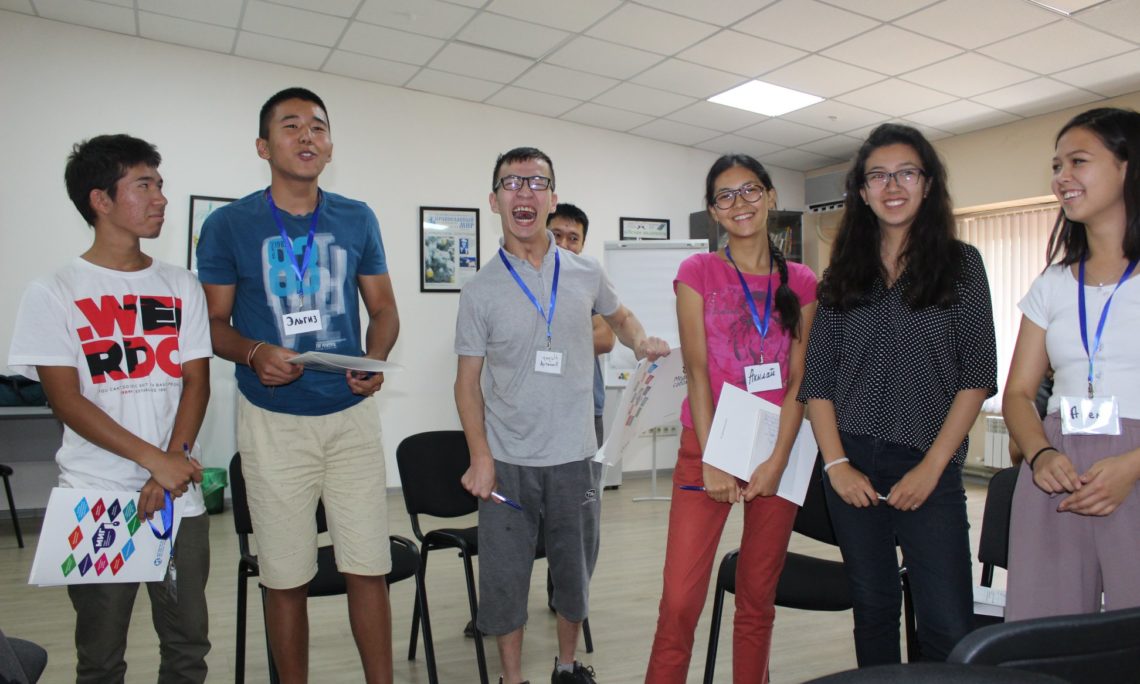 The International Foundation for Electoral Systems (IFES) in the Kyrgyz Republic, with the support of USAID, completed the first Election Schools held in the country. During the month of August, a total of 140 youth aged between 18 and 28 participated in a series of activities designed to increase civic responsibility and community involvement among young citizens. The   Election Schools were held in every oblast.

The Election Schools also serve as a platform for youth to network with a view to engage and improve their communities. Mukhit Mamytov, a participant in Bishkek, explains that “the Election School is a place that gathers different people but with one common goal: to change our country for the better”.

One of the outcomes of the Election School is the establishment of small networks in every locality to help participants design community improvement projects. IFES now plans to hold a competition and support the best projects.

IFES and USAID have been working with youth in Central Asia for nearly 20 years to strengthen civil society, empower future leaders, and improve democratic participation.