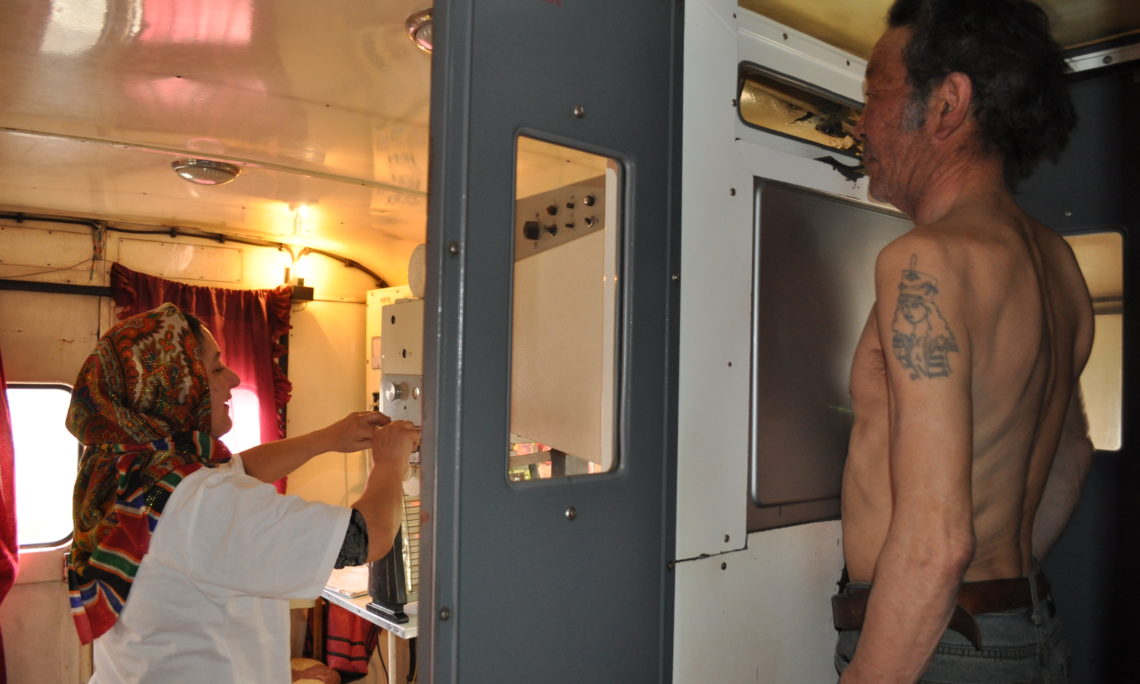 Bishkek – Today, March 24, the U.S. Government commemorates World TB Day by reaffirming its commitment to eradicating tuberculosis (TB) with the Kyrgyz Republic. Through the USAID Defeat TB project, the U.S. is investing over $12 million over five years in the health and future of the Kyrgyzstani people. Since 2014, this project has trained nearly 3,200 doctors, nurses, and lab workers and supported more than 1,000 patients in completing the long and often difficult TB treatment process. TB test accuracy is now faster and more accurate, thanks to U.S. support. A new laboratory Quality Management System funded by Defeat TB delivers test results that are seven percent more accurate in less than half the time while reducing workplace infections of laboratory staff to zero.

Improvements like this are made possible through the strong partnership and close collaboration with the Ministry of Health. The recently adopted 2017-2026 National Road Map for fighting TB, the Action Plan for Optimization of TB Services, developed through the melding of U.S. funding and expertise with Kyrgyz initiative and vision, will save an estimated 140 million KGS ($2 million) per year. The savings will buy new laboratory equipment and more and stronger drugs for TB patients, while improving patient care.

TB mortality continues to decline, thanks to the committed partnership between the U.S. and Kyrgyz Governments. Yet, despite many advances – lower infection rates, better treatment outcomes, lower mortality, and more efficient hospitals – significant challenges remain.  The U.S. Government, through USAID, is proud to continue the fight hand in hand with the government and the people of the Kyrgyz Republic.