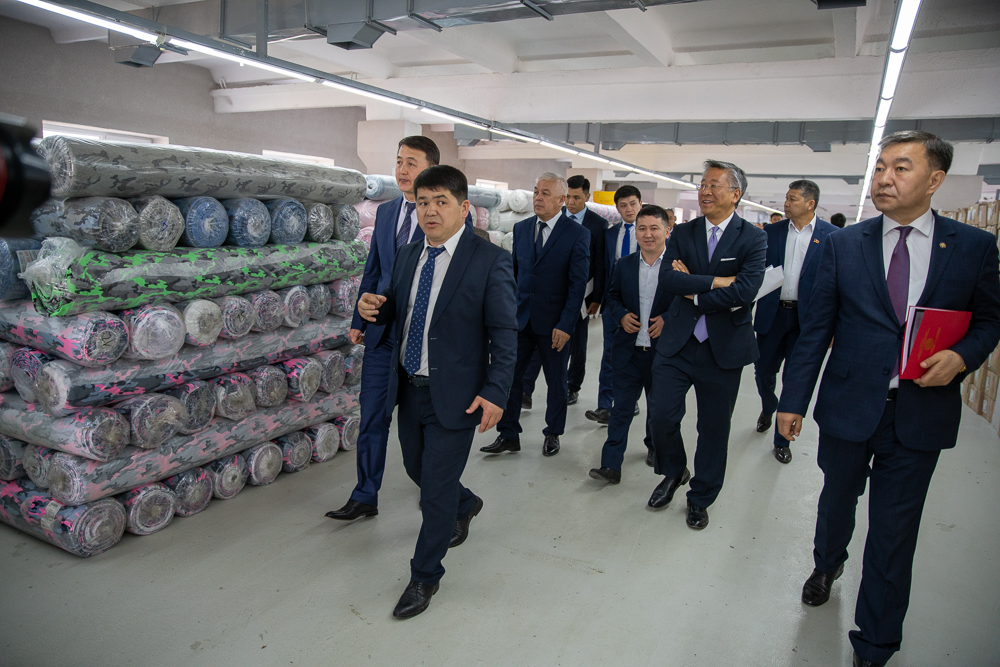 This was made possible through a partnership agreement between Cool Bro’s LLC and the United States Agency for International Development (USAID). As part of this partnership, Cool Bros LLC reconstructed an old industrial building and USAID provided modern production equipment. This includes 155 different machines such as high-speed industrial sewing, hemming, and stitching instruments. The equipment enables the factory to complete large orders that meet export quality standards. USAID’s contribution is worth around $3 million.

“One of the key features of this factory is the equipment. With the help of automated machinery we plan to produce up to 40,000 clothing items per day” says Suimonkul Zholdubaev, one of the owners of the Cool Bro’s company.

The new factory is allowing Cool Bros to nearly double its productivity. It is also attracting new clients, including prominent European retailers.

During the visit, Ambassador Donald Lu highlighted that beyond creating new jobs, such facilities contribute to building Kyrgyzstan’s reputation as a country that can produce high quality clothing. “Through USAID, the United States is committed to working in the Kyrgyz Republic to create stable, well-paying jobs and increase the prosperity of all Kyrgyzstanis” said Ambassador Lu.

Vice Prime Minister Askarov noted that similar factories contribute to the development of rural areas of Kyrgyzstan, and as such are aligned with President Jeenbekov’s initiative for local development.