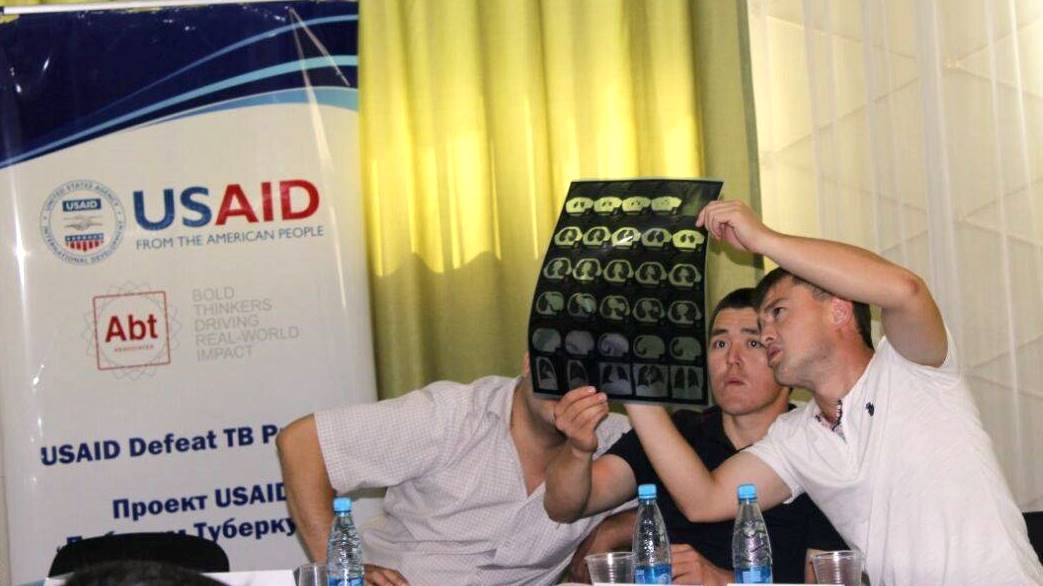 Jalal-Abad, Kyrgyzstan – The United States, through the “USAID Defeat TB Project,” partners with the Kyrgyz Republic Ministry of Health to provide tuberculosis treatment to patients on an outpatient basis in Jalal-Abad oblast. This approach, which does not require patients to stay for months in TB hospitals, and instead allows them to access treatment at local hospitals helps ensure patients obtain treatment by reducing the stigma associated with long hospitalizations.  It also cuts the cost of treatment by three times and helps patients carry on with their normal work and life activities.

This and other mechanisms of improving treatment and caring for people with tuberculosis in Jalal-Abad oblast were the focus of the oblast’s health care coordination commission meeting held on February 29, 2016.  Representatives from the Ministry of Health, from oblast, city and regional governments, from international organizations attended along with health workers of Jalal-Abad oblast.

Outpatient treatment allows TB patients to access needed medical services and treatment in a more convenient way. This encourages them to seek treatment, and helps them continue their regular work and life schedules with less interruption, which keeps them economically active and reduces stigma towards them and their families.  Expanding outpatient treatment is also expected to bring down infection rates within hospitals.

The main goal of the “USAID Defeat TB Project” is to reduce TB infections and support universal and equitable access to high quality TB services in the Kyrgyz Republic. This five-year project is one of many projects financed by the United States to fight deadly diseases and strengthen health care system in the Kyrgyz Republic.