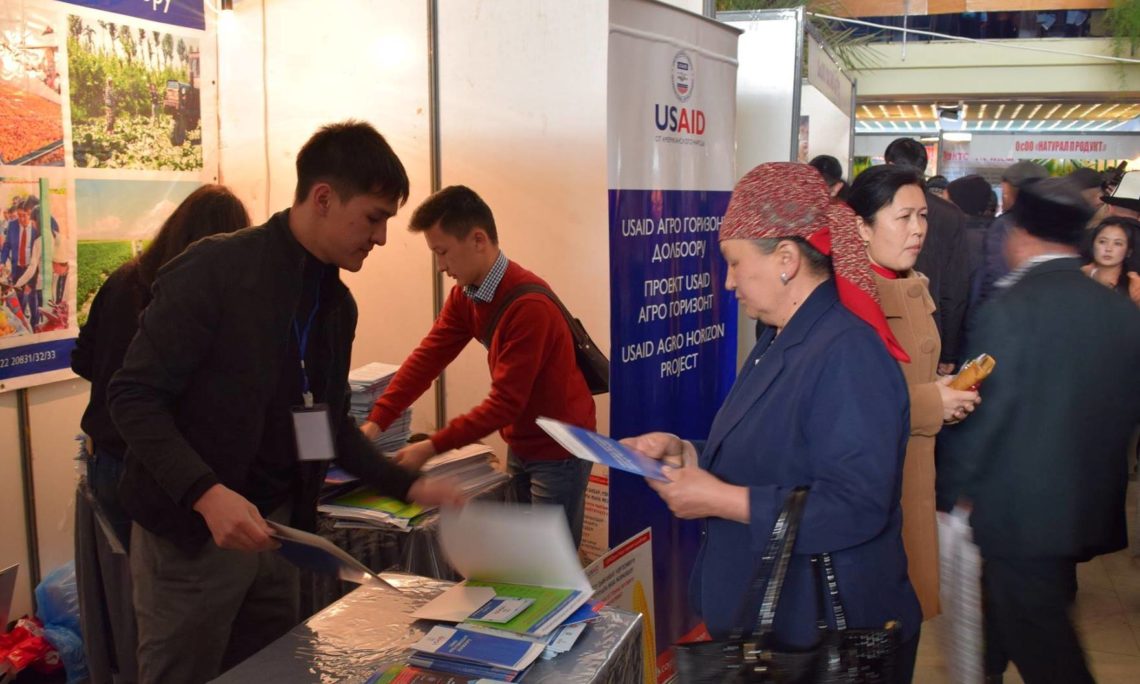 Osh, Kyrgyzstan – The 12th Annual International Agriculture Expo, Silk Road 2016, will be held February 25-27 at the Osh National Drama Theater.  The Jer Azygy Association of Agro Businessmen of Kyrgyzstan organized the expo with support from the United States through USAID to boost agricultural production and promote trade through exchange of ideas and technologies. Jer Azygy, a non-profit organization comprised of Kyrgyzstani agriculture producers and traders, has organized the fair since 2004.

According to Jer Azygy, Agro Expo Silk Road 2016 is one of the biggest events in the agricultural sector in Central Asia. It brings together agriculture producers, agribusinesses, machinery, and input suppliers from Kyrgyzstan, Russia, Kazakhstan, the Netherlands, Turkey, Germany, Switzerland, Finland, France, India, China, Japan, Pakistan, the United States, Spain and other countries.  In 2015, the event attracted over 3,000 attendees resulting in over KGS 6.9 million in contracts between farms and agribusinesses.

The event will feature a variety of seminars on new agro technologies and best practices as well as six sessions, introducing the USAID Agro Horizon Project’s support to the onion, apricot, nursery, maize, and potato and berry value chains.

USAID’s Agro Horizon Project raises smallholder farmers’ incomes by expanding markets and increasing the competitiveness of targeted agro sectors with a special focus on women and youth. This program is one of the many other assistance projects supported by the American people through USAID.