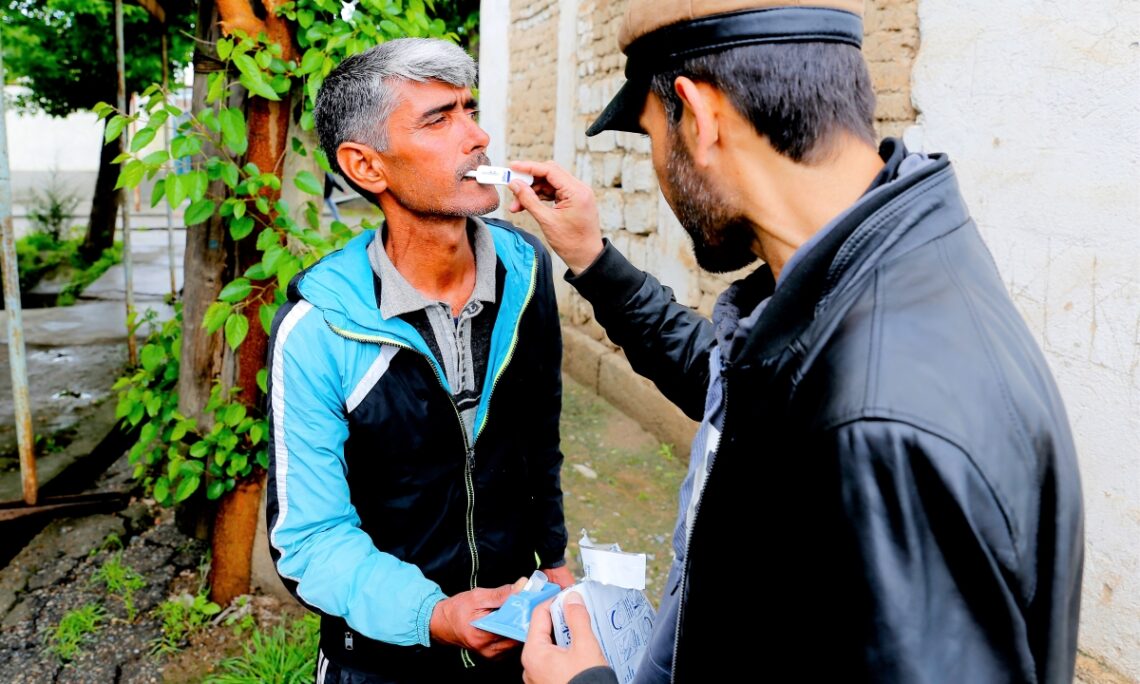 Bishkek, August 5, 2020 – In the last five years, the USAID Central Asia HIV Flagship Activity helped conduct over 57,000 HIV tests in Kyrgyzstan, identifying more than 1,200 previously undetected cases of HIV infection. Through this project’s support, more than 2,000 people living with HIV started or restarted their life-saving treatment. The project held its online closeout conference today, announcing these and other results from the last five years of work.

The Central Asia HIV Flagship Activity, funded by the United States Agency for International Development (USAID), worked in Bishkek, Chuy oblast, Osh, and Osh oblast. These areas have the highest number of cases in Kyrgyzstan.

“Testing for HIV is the key to fighting the epidemic. The more cases we find and put on treatment – the better. Many people used these self-tests for HIV and test themselves safely, anonymously, and for free,”- says Oksana Katkalova, Project Coordinator in the Kyrgyz Republic.

Key populations – like people who inject drugs or men having sex with men – often refuse to visit medical facilities due to stigma and discrimination. The project worked with representatives from these communities to reach hidden groups, identify new HIV cases, and support those who already have HIV.

Since October 2016, the project has worked to make HIV testing widely available so Kyrgyzstan can identify and treat more people carrying the disease. The project partnered with different NGOs to bring faster, easier, and more accurate testing to the country. For example, last year, the project introduced HIV self-testing in Kyrgyzstan. The self tests allowed more than 900 people to test themselves who might have otherwise avoided getting tested in a clinic.

Flagship also supported medical organizations working with people living with HIV. The project developed and handed over an electronic case monitoring system to the Republic AIDS Centre of the Ministry of Health of the Kyrgyz Republic. According to the Director of the Center Dr. Umutkan Chokmorova, this new tool will help the government identify and treat HIV cases more effectively using the state social contracting mechanism.

According to UNAIDS/WHO, Kyrgyzstan has one of the highest growth rates of HIV in the world. There are about 10,000 registered cases, while the actual number is estimated to be much higher. USAID plans to continue to support the Kyrgyz Republic in the fight against HIV and other infectious diseases.