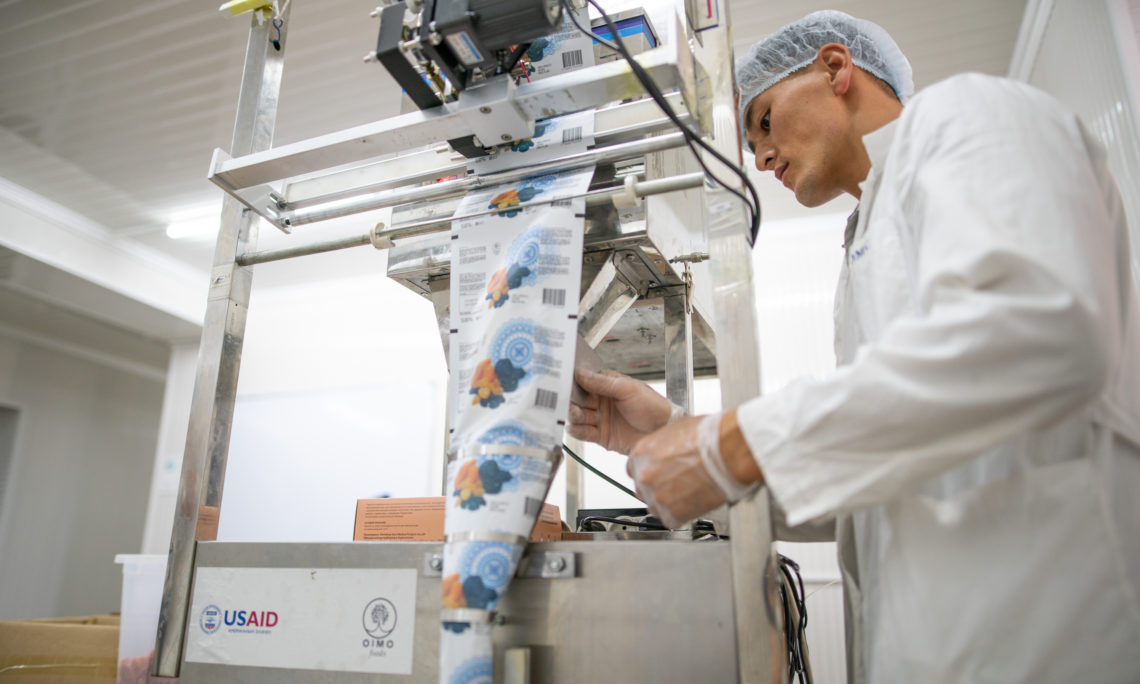 Private enterprises comprise 75% of the Kyrgyz Republic’s GDP. They are also one of the country’s largest reservoirs of potential economic growth. However, their activity and growth remains sub-optimal. This is due to a number of factors such as skilled labor shortages and insufficient levels of capital investments.

The USAID Enterprise Competitiveness Project will support small and medium enterprises (SME) to accelerate inclusive and market-led economic growth in the Kyrgyz Republic. The project aims to generate 19,000 new jobs and increase Kyrgyzstani SME sales by $39 million over five years. A target of $17 million has been set with financial institutions for loans to SMEs who can demonstrate robust growth potential.

“We know that these solutions work, as they have been successfully utilized by USAID and its partners throughout the Kyrgyz Republic in the agriculture, apparel, and tourism sectors,” said Gary Linden in his opening remarks.

The project will focus on sectors with high potential for growth and job creation such as agriculture and manufacturing. USAID Enterprise Competitiveness Project will also invest specifically in sectors that employ and attract women and youth, such as tourism and IT. An Accelerator Program and a Challenge Fund will support capacity-building and start-up co-investments for women and youth-led SMEs.

The USAID Enterprise Competitiveness Project will work in all regions of the country, with a focus on regions facing high unemployment and labor migration rates.

“I’m very glad that this project is in line with our President Jeenbekov’s initiative of developing the regions of Kyrgyzstan. Implementation of such projects in our country is a great support to the Kyrgyz government and a significant contribution to the development of our economy, regions and the people,” noted speaker Jumabekov in speech.