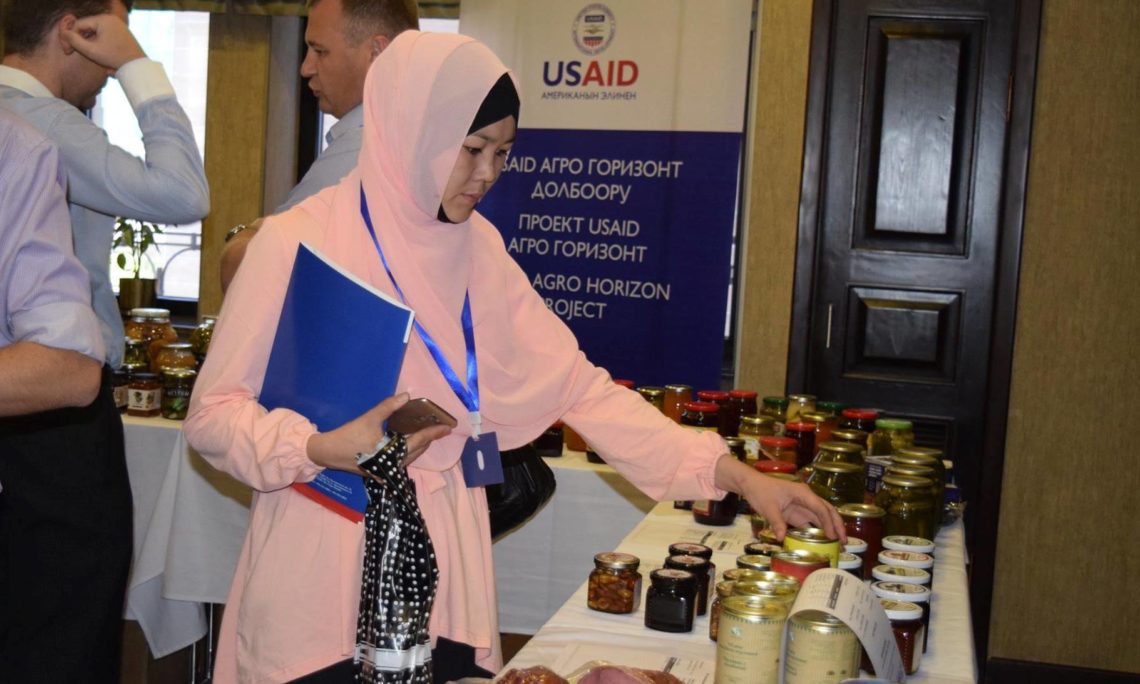 BISHKEK – From July through September, 2016 , the United States, through the USAID Agro Horizon project, sponsored a series of business growth events to connect Kyrgyzstani agricultural producers with local and international buyers. Food processors from Batken, Jalal-Abad, Naryn and Osh oblasts met with potential buyers during three large forums in Almaty, Bishkek, and Osh and through over 100 smaller meetings. These forums and meeting resulted contracts and agreements that created new economic opportunities for the Kyrgyz Republic worth $5.4 million

The events attracted 16 suppliers and 27 buyers from the Kyrgyz Repbulic, Kazakhstan, Mongolia and other neighboring countries. The parties signed contracts and memoranda of understanding to provide both processed and fresh products, including vegetables, fruits, juice, tomato paste, pickles and sauces, vegetable salads, puree jam, meat and dairy products.

“The USAID Agro Horizon project was a great boost to our company’s growth. We were able to sign contracts that we previously had not thought to be possible, and now we’re even preparing our product for export,” said Askar Okenov, Director of Concept Master LLC, a producer of tomato paste based in Jalal-Abad oblast.

These business growth events are a part of USAID’s broader efforts to grow smallholder farmer’s and agricultural producer’s incomes by increasing their productivity, improving product quality and expanding markets for agricultural goods. Thanks to U.S. support, USAID Agro Horizon participants have doubled or even tripled yields, and have improved their marketing and pricing practices.