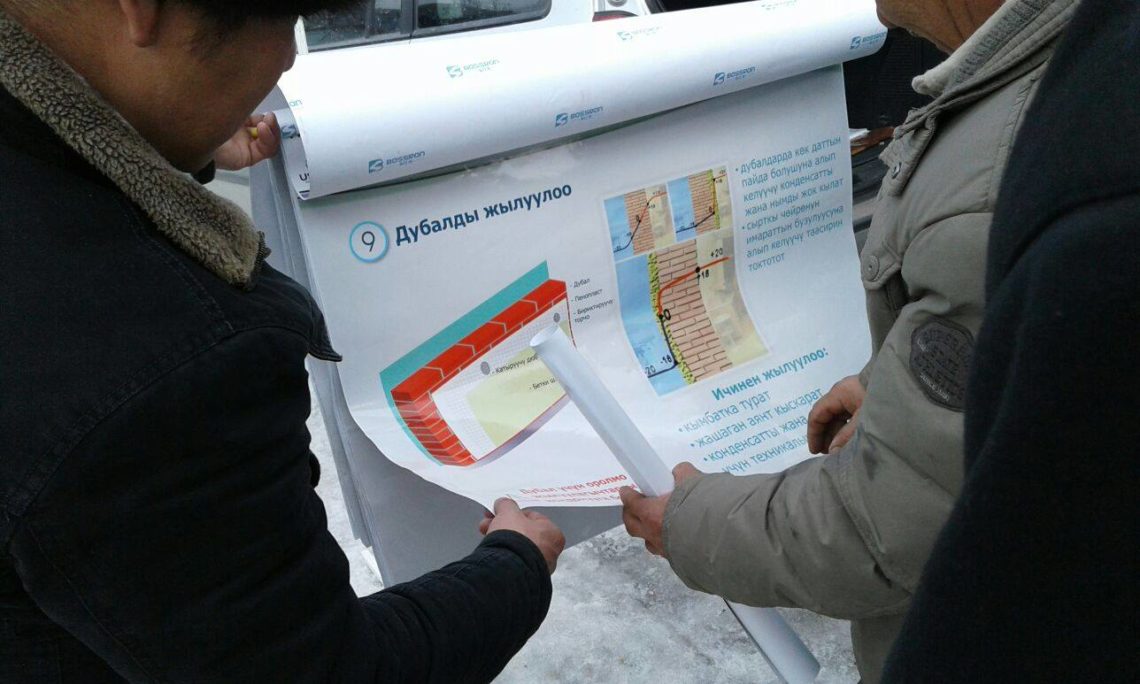 On March 15, the non-governmental organization UNISON convened an event with leading energy-sector policy-makers  to formally close the nationwide public outreach campaign “Be Warm, Kyrgyzstan!”  UNISON’s five-month campaign, supported by the United States through USAID, conducted 575 workshops across the country, teaching over 25,000 households low-cost techniques to lower their electricity and heating bills and keep their homes and families warm through the winter.

“After attending UNISON’s meeting, I replaced my old lightbulbs with new energy-efficient ones,” said Azimjan Erkebayev from Gulistan Village of Nookat District. “They were more expensive up-front, but my monthly electricity bill was cut in half.  The investment quickly paid for itself.”

A follow-up survey by UNISON indicates the campaign helped save more than 421,000 kilowatt-hours of electricity and contributed to the nationwide 13% drop in electricity consumption this February compared with 2015, which was reported by the National Electric Transmission Company.  The reduction is attributed to warm weather conditions and “more economical and rational behavior” of consumers.

In addition to workshops, UNISON produced and distributed a calendar that provides consumers with simple energy conservation tips as well as a manual highlighting 100 simple ways that customers can conserve energy in their homes. Consumers wishing to learn more about saving on energy can go to UNISON’s re-designed website.

The campaign was funded through USAID’s Good Governance and Public Administration Strengthening (GGPAS) program, one of many initiatives supported by the United States through USAID.  Learn more at http://usaid.gov/kyrgyz-republic.