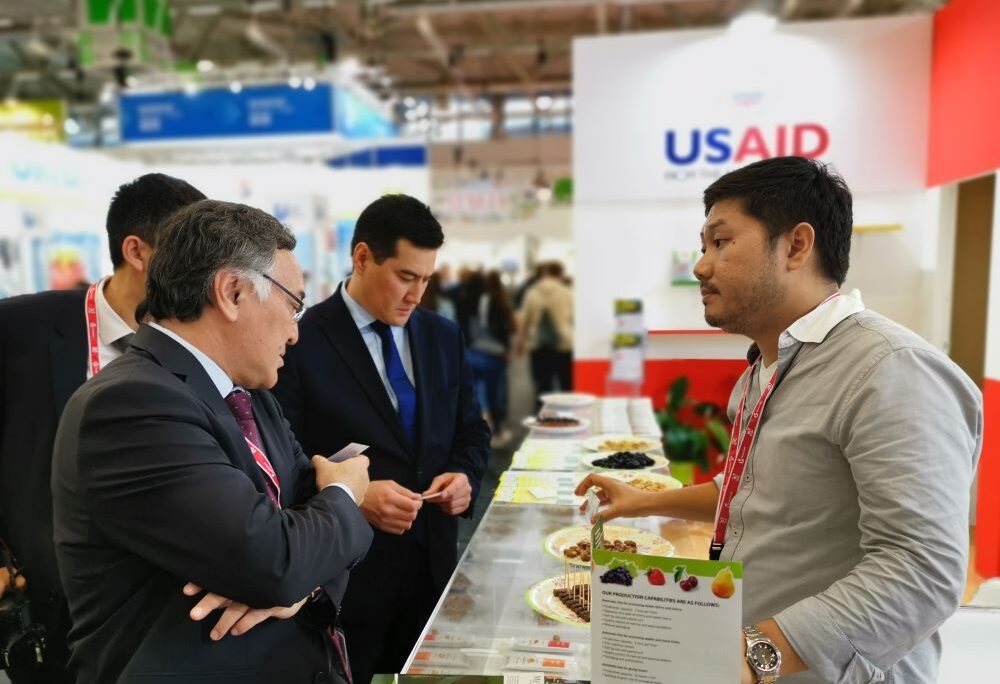 As part of this five-year project, USAID helped to develop a high-quality 3D panoramic map of tourism sites in the Kyrgyz Republic and other Central Asian countries. USAID also created and published detailed descriptions on 31 new trekking routes, which reached over one million potential hikers. All of these efforts contributed to Lonely Planet magazine naming Central Asia as the world’s best travel region for January 2020.

Under this project, USAID invested $1.97 million in 34 projects across Central Asia to help companies increase their exports, grow their businesses, and create new jobs. These investments helped partner companies create 634 new jobs and reach 37 new markets. For example, Ecomarket from the Kyrgyz Republic received new equipment to boost the production of fried broad beans and chickpeas. This helped the company double its production volume and become one of the largest exporters of broad beans in the country. This expansion has also benefited more than 500 farmers who supply beans to Ecomarket.

USAID and its partners organized the Central Asia Trade Forum. The project helped develop the Forum into a well-recognized brand that attracted over 16,000 business representatives who cultivate opportunities and partnerships for greater regional trade. A record-breaking number of deals – more than $88 million in contracts – were signed during the annual event.

In addition to the Forum, the Competitiveness, Trade and Jobs activity established the Transport and Logistics Partnership, an association of 150 of the largest transport and logistics unions and private companies in Central Asia. The partnership actively supports private sector advocates to lobby for government policy reforms to remove trade barriers, improve the flow of goods, enhance regional competitiveness, and increase employment in transport and logistics.

Overall USAID has been working in the area of regional trade facilitation for the last 20 years and continues its programs to expand regional cooperation, business, and employment opportunities for the population of Central Asia.