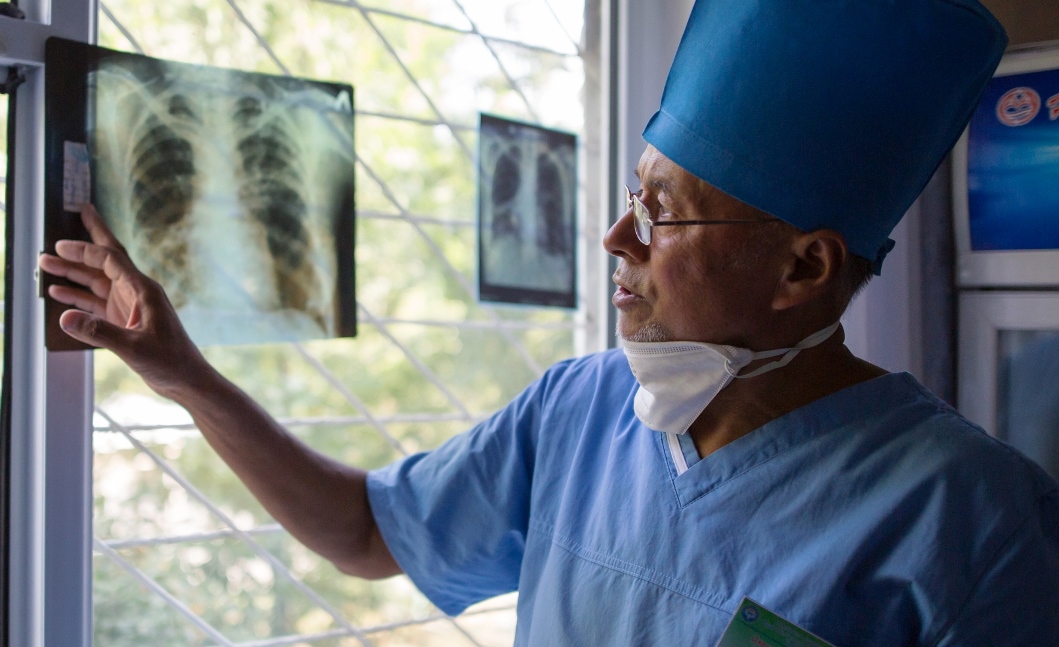 On July 10, Minister of Health Kosmosbek Cholponbaev and USAID Mission Director Gary Linden cemented collaboration between the United States and the Kyrgyz Republic in combating Tuberculosis (TB), an infectious disease that kills about 500 Kyrgystanis annually. A newly-signed Statement of Partnership between the Kyrgyz Republic and the United States Agency for International Development (USAID) commits both sides to meeting national level targets in the fight against TB.

Up to this point, USAID’s 25-years-long partnership with the Ministry of Health has catalyzed many significant achievements in the field of TB control. In the last five years, joint projects to improve the prevention and treatment of TB have decreased the mortality rate for tuberculosis by 34 percent, and the rate of new infections by 18 percent. The TB hospital network now uses state funds more efficiently, and is able to release patients more quickly so that they can return to their families. The financial savings within the health system have since been re-invested into key elements of the national TB program.

In addition, USAID has helped the Kyrgyz Republic introduce new drugs and shorter treatment regimens, making it easier for patients to stay on treatment with fewer side effects, dramatically increasing treatment success rates.

With this new agreement, USAID will work closely with the Ministry of Health and other in-country stakeholders to strengthen the Kyrgyz national TB program and to improve TB services at both the primary health care level and in hospitals.