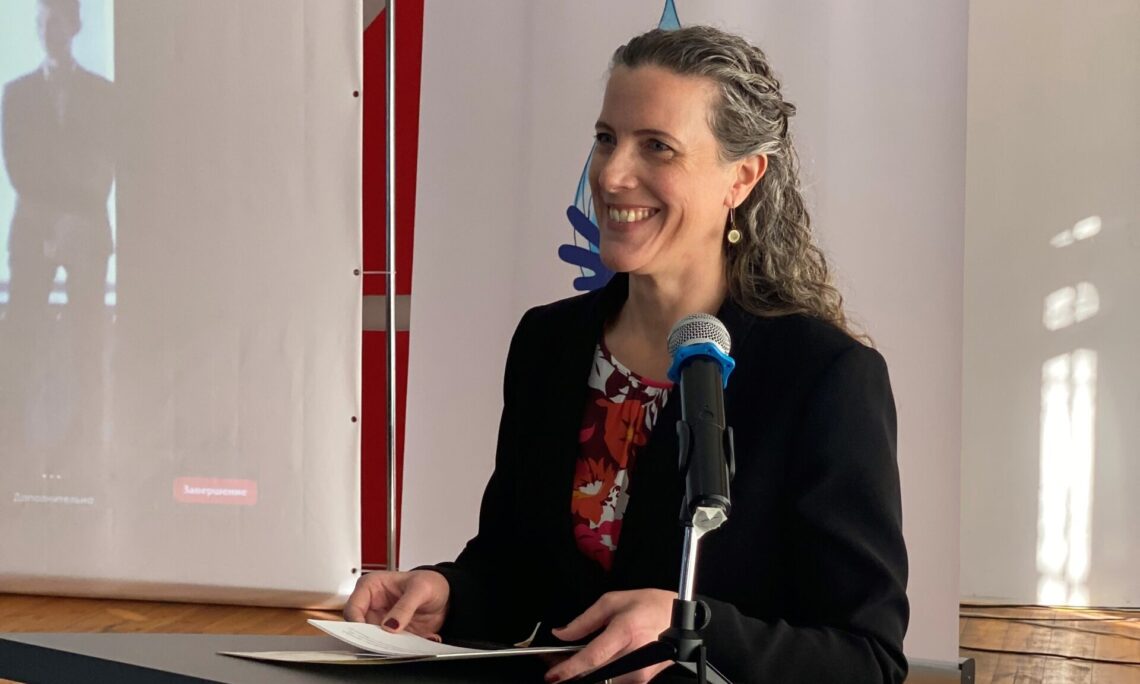 This new project titled Ukuk Bulagy seeks to strengthen rule of law and combat corruption using a people-centered justice approach. This approach places the ordinary citizen at the core of all reforms and innovations in order to make justice systems more responsive, accountable, and transparent to the needs of the people. The formal launch of the project took place today in Bishkek with the participation of Chairs of the Constitutional Court Emil Oskonbayev, Chair of Supreme Court Zamirbek Bazarbekov, Minister of Justice Ayaz Baetov, Director of Adilet Legal Clinic Cholpon Jakupova, and the U.S. Embassy Charge D’Affaires Sonata N. Coulter.

Ukuk Bulagy is funded by the United States Agency for International Development (USAID) and implemented by East-West Management Institute, in partnership with the Kyrgyz Ministry of Justice.

The project prioritizes addressing gender gaps and discriminative barriers for vulnerable groups, including youth and persons with disabilities. Through this project, USAID will continue to support digitalization in the courts in support of greater transparency. The project will also conduct surveys to identify the most significant and common justice needs in order to make sure that citizens have a voice in the judicial reform process.

Another key priority is to promote greater transparency of institutions through awareness-raising campaigns, to help citizens learn more about legal protections and rights, and open data portals to provide people with access to information on court cases and decisions. USAID will also partner with the Ministry of Justice to increase access to free legal aid for citizens.

“This project reflects our joint commitment with our partners to making equality before the law a reality for every resident of the Kyrgyz Republic, no matter their economic or social circumstances,” said Sonata N. Coulter, U.S. Embassy Charge D’Affaires.

Low public trust in justice providers, poor access to public services, unemployment, extensive external migration, corruption, and illegal land occupation are among the most common concerns for many Kyrgyz citizens. The project will build on surveys and data to develop approaches to help the justice system be more responsive to the needs of citizens.

“A judicial reform is underway in the country, the main objective of which is to build an independent and effective judiciary. This is based on the international principles of independence of justice institutions.” Сhairman of the Supreme Court Zamirbek Bazarbekov emphasized during opening remarks.