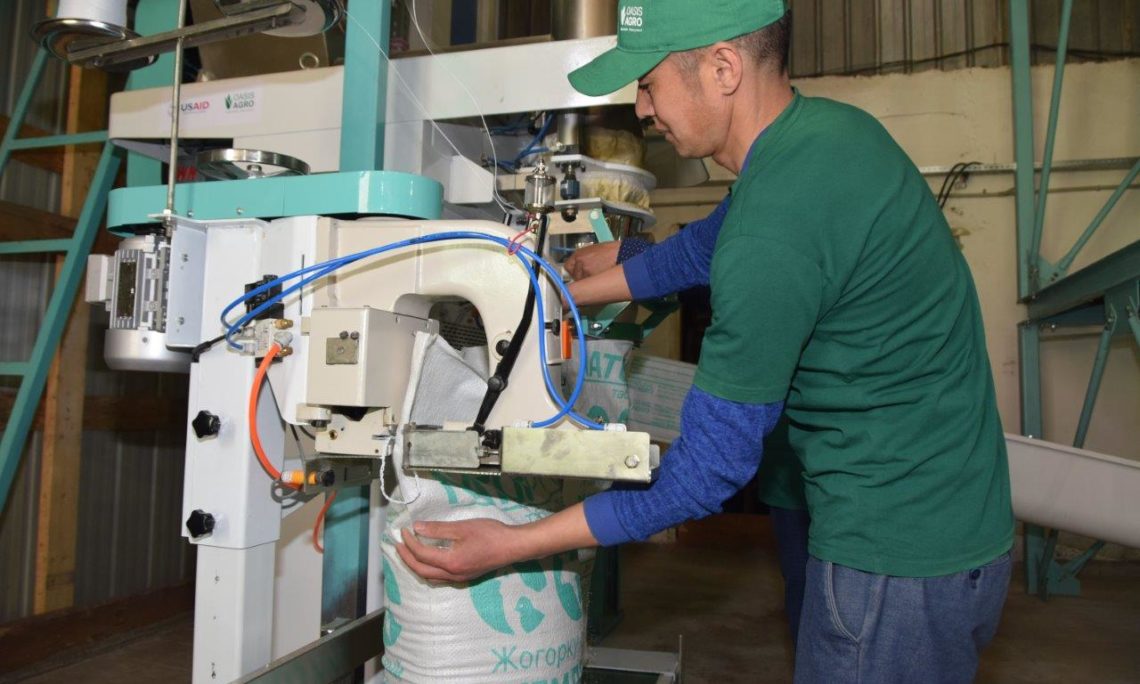 Oasis Agro is a leading producer of high quality feed for poultry and livestock. Their new facility is equipped with modern, automated equipment with processing capacity of 7,200 metric tons per year, making it one of the largest and most advanced facilities of its kind in the Kyrgyz Republic.
This new facility is the result of a joint investment between Oasis Agro LLC and USAID through its Agro-Horizon Project. The total value of this joint investment is worth $820,000. It will result in the creation of 20 direct jobs and benefit an estimated 1,500 households.

During the inauguration event, Gary Shu noted that USAID has long prioritized regional development in Kyrgyzstan. “ USAID believes that supporting locally owned and operated business is key to expanding opportunities to rural communities throughout the Kyrgyz Republic. For this reason, USAID supports the President’s National Policy Initiative that focuses on developing the regions” said Mr. Shu

The increased availability of quality, nutritious animal feed in the country will help Kyrgyzstani farmers to raise healthier animals for better products.

In his opening remarks, Vice Mayor Saibjan Turduev highlighted USAID’s role in development of agriculture not only in Osh and Osh oblast, but throughout the Kyrgyz Republic.

The USAID Agro Horizon Project is a five-year program to increase smallholder farmers’ incomes by improving productivity and expanding to local and international markets. To date the project has leveraged over $30 million of private capital with over 50 partners. These investments are designed to transform value chains and increase the incomes of smallholder farmers, as well as provide opportunities for import substitution and increased the export potential of Kyrgyz agricultural products.