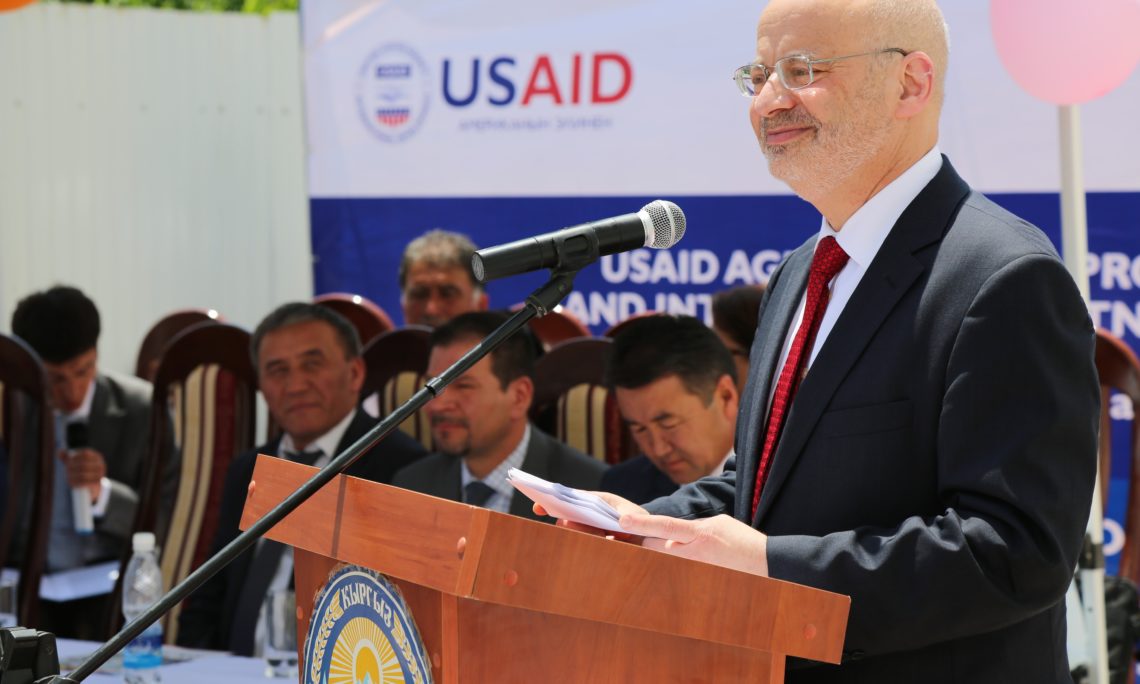 The new facility’s processing capacity is 2400 tons per year. The modern drying equipment enables the company to maintain the humidity level as required by buyers. In the first year, the company plans to procure over 950 tons of fresh and dried fruits and consequently benefit at least 470 local farmers. The new facility will increase market demand and exports of locally grown fruits in Batken, Jalal-Abad, and Osh Oblasts, resulting in increased sales and incomes of local farmers.

During the inauguration event, U.S. Embassy Charge d’Affaires Alan Meltzer highlighted the importance and long-term impact of partnering with commercially viable businesses to grow the country’s agricultural sector. “This project involved foreign partners and capital who are helping to bring more value-added processing to the Kyrgyz Republic thus increasing the competitiveness of Kyrgyzstani farmers and exporters.”

The new Interfruit facility was launched as part of the USAID Agro Horizon Project, a four-year program which focuses broadly on increasing productivity, sales, and jobs in agricultural producers and processors across the Kyrgyz Republic.