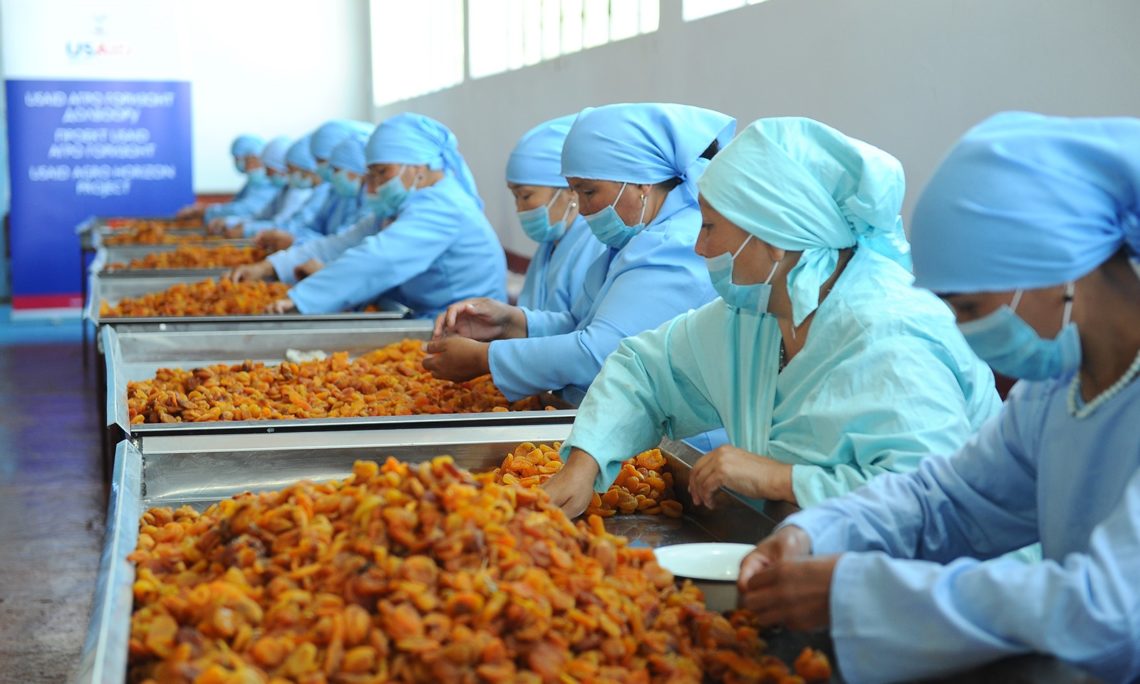 The Prime Minister of the Kyrgyz Republic, Muhammetkaliy Abulgaziyev, toured the facility which is expected to employ 35 full-time workers and benefit 400 households.

USAID co-financed new washing, sorting and grading equipment and solar dryers will enable the facility to process apricots, plums, apples, walnuts and other dried fruits in the south of Kyrgyzstan.

The new food safety-compliant facility is located near sources of raw materials which boosts the facility’s volume, quality, and price competitiveness and enables the business to compete in new markets.

In the past, dried fruits were brought to Tajikistan for additional processing before export to Russia, Turkey, and other countries.  This partnership makes it possible for dried fruits to be exported directly from Kyrgyzstan.

This facility was launched as part of the USAID Agro Horizon Project, a four-year program working across four Kyrgyzstan oblasts (Batken, Jalal-Abad, Naryn,  and Osh) with the goal of increasing smallholder farmers’ incomes by improving productivity and expanding Kyrgyz producers’ reach to local and international markets.

To meet these objectives, the project partnered with 45 businesses in the country to leverage a commitment of over $30 million of private capital.  The project also has improved the availability of nutritious foods.