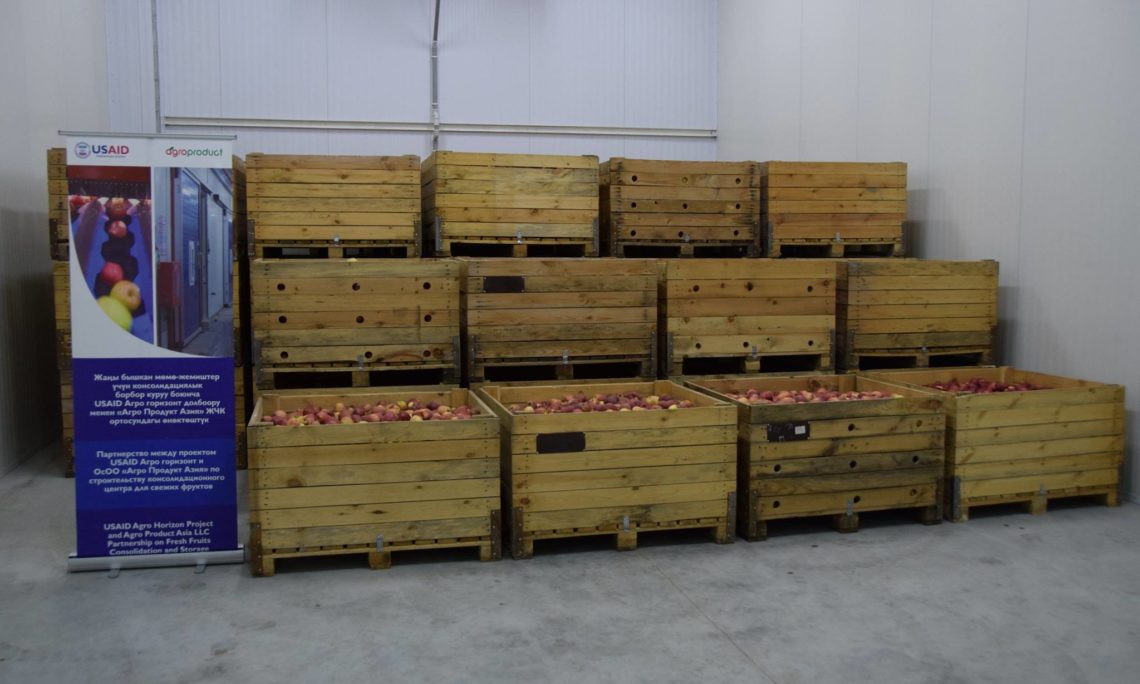 On November 30, the United States Agency for International Development (USAID) and AgroProduct Asia inaugurated a world-class fresh fruit consolidation and packing center in Kadamjai rayon of Batken oblast. The facility is capable of storing 6,435 cubic meters of fresh fruits. The advanced technology enables the center to pack and sort up to 500 tons of fruits per day.

The cold storage facility will provide access to cold fruits and vegetables for farmers in southern Kyrgyzstan, increasing their competitiveness in delivering high quality products on the local and export markets. In its first year of operations, the center is expected to buy 2,500 tons of fruits and vegetables from at least 2,000 farmers during its first year of operations.

According to the USAID/Kyrgyz Republic Economic Development Office Director, Luis Hernandez, “this new facility will establish a large and new market for the direct benefit of thousands of farmers in the region.”

Minister of Agriculture Nurbek Murashev took part in the opening ceremony of the center, where he highlighted the importance of such centers for farmers in Kyrgyzstan and thanked local authorities and USAID for the support.

This initiative is a part of USAID Agro Horizon project that works to increase smallholder farmers’ incomes by improving productivity and expanding markets. The $22 million project creates jobs in the agricultural sector – especially for women and youth – while improving the availability of nutritious foods.