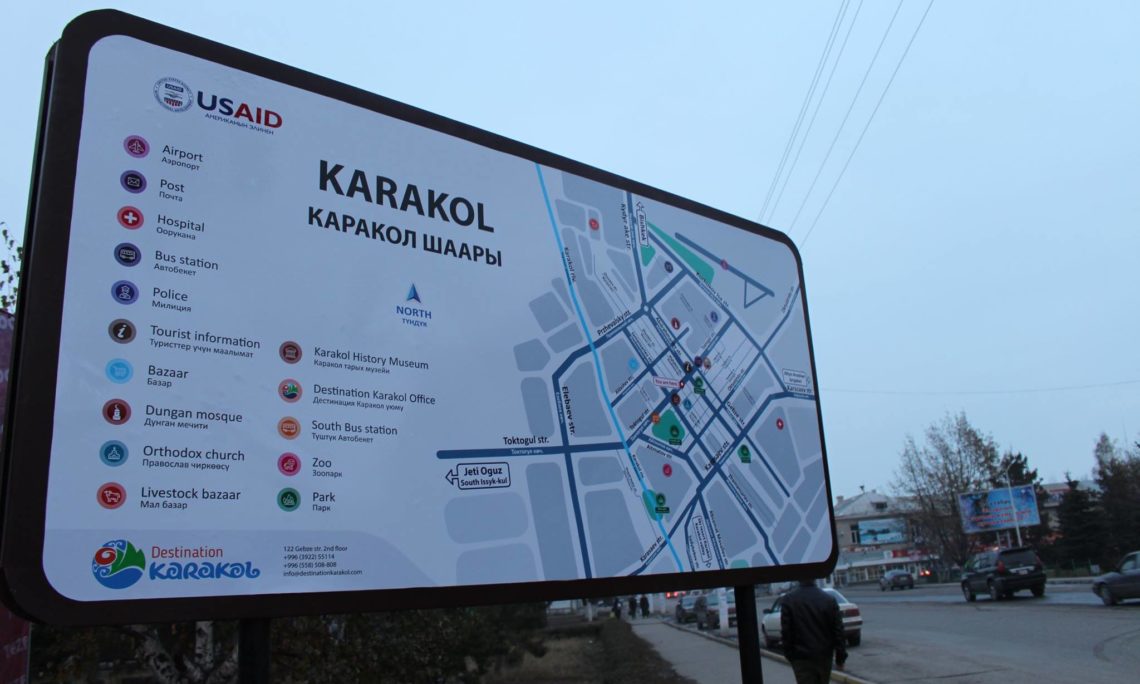 Karakol – On March 31, the newly created destination management organization, Destination Karakol, unveiled plans to develop and promote the greater Karakol area as an appealing, year-round tourism destination.  This initiative is supported by the United States through the USAID Business Growth Initiative.

“Creating Destination Karakol to build and improve year-round tourism services is a great way to unite the Karakol community behind tourism development,” said Issyk-Kul Governor Askhat Akibaev in his opening remarks.  “I officially announce that I will be the first member to sign up.”

The event invited more than 60 entrepreneurs from hotels, guesthouses, restaurants, tour agencies, and service providers, as well as representatives of government, NGOs, and other community stakeholders in Karakol, including the Issyk-Kul Development Fund and the Kumtor Gold Mining Corporation.  One goal of the presentation was to recruit additional members from the tourism community in Karakol.

During the presentation, Destination Karakol discussed its plans to expand and improve Karakol’s tourism offerings, including a project to develop and beautify property along the Karakol River in partnership with public authorities.  The new park will provide an appealing venue for cultural festivals and river-centered activities to attract visitors to the city year-round, thus boosting economic growth and job creation in Karakol.

Experts from the USAID Business Growth Initiative presented ideas for developing tourism in Karakol based on the success of the U.S. city, Estes Park, Colorado, a town perched at the entrance to the U.S. Rocky Mountain National Park.  Karakol and Estes Park are geographically similar, and share many of the same advantages for tourism development.  Once seen merely as a gateway to other attractions, Estes Park has blossomed into a thriving destination on its own, so it is an ideal model for developing Karakol as a robust and appealing tourist destination.

After the presentation, Destination Karakol gained 25 new members in addition to the five core founders who created the organization last summer.  “We got off to a great start,” said Rahat Dzhamalova, Executive Director of Destination Karakol.  “Now we need to convert this interest into action.”

The destination development program is part of USAID’s broader efforts to strengthen various economic sectors in the Kyrgyz Republic, including tourism, apparel manufacturing, and construction materials.