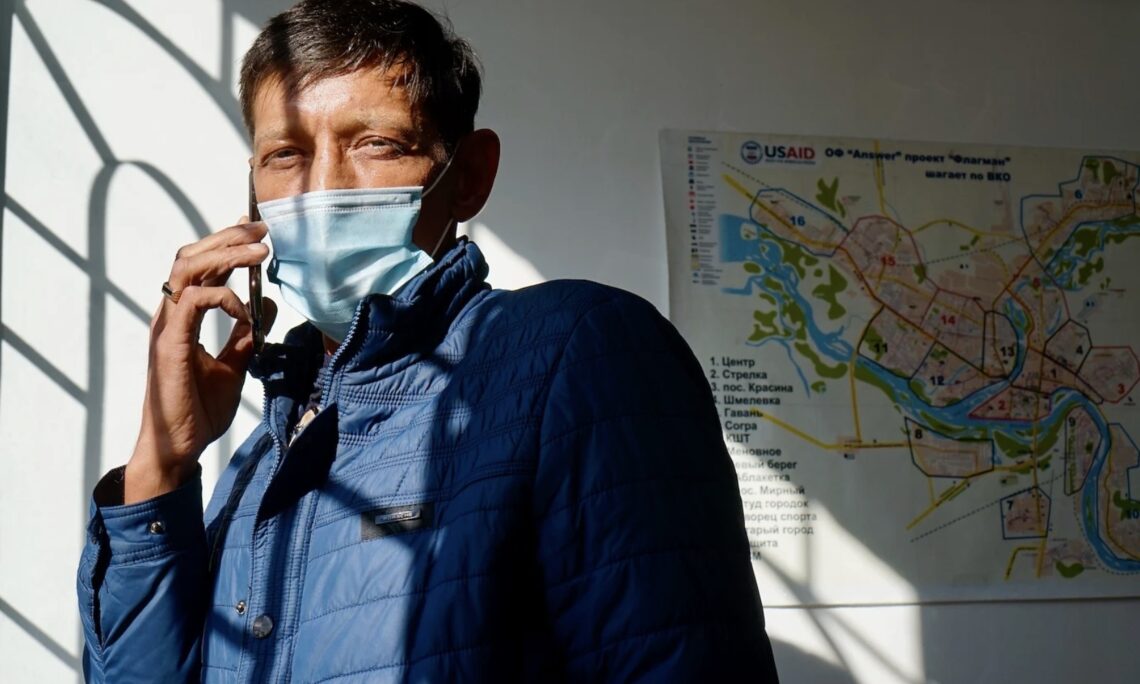 On December 1, the U.S. Government joins the Kyrgyz Republic and the rest of the global community in commemorating World AIDS Day 2021. The U.S. Government’s theme for this year is, “Ending the HIV Epidemic: Equitable Access, Everyone’s Voice.”  It is a call to redouble efforts to ensure equal access to HIV services and is a reminder for everyone to continue hearing, valuing, and amplifying voices of those impacted by HIV/AIDS.

This marks the 11th year that the U.S. Government has partnered with the Kyrgyz Republic in responding to HIV/AIDS. The U.S President’s Emergency Plan for AIDS Relief (PEPFAR) has invested in Kyrgyz Republic with a goal to control and ultimately end the HIV epidemic. These resources have strengthened health care service delivery and increased the capabilities of local community-based organizations to provide HIV prevention, care, and treatment.

The United States is supporting evidence-based interventions to stop further spread of the HIV epidemic in the Kyrgyz Republic. HIV pre-exposure prophylaxis (PrEP) is a safe HIV prevention method in which people who do not have HIV take medicine to reduce their risk of becoming infected if they are exposed to the virus. It is prescribed to HIV-negative adults and adolescents who are at high risk of infection due to risky sexual behaviors or injection drug use.

PrEP is supported by the U.S. Agency for International Development, the U.S. Centers for Disease Control and Prevention, and PEPFAR through the “Meeting Targets and Maintaining Epidemic Control” (EpiC) project. The project is working with the Joint United Nations Program on HIV/AIDS (UNAIDS) and the National AIDS Control Program to promote this prevention method among populations disproportionately affected by HIV. Currently 152 people are receiving PrEP in the Kyrgyz Republic, with plans to enroll another 250 individuals by September 2022. Scaling up the project rapidly will be key to slowing and eventually reversing the spread of HIV/AIDS in the Kyrgyz Republic.

“We’ve been supporting the Kyrgyz Republic in combating HIV for many years. Throughout these years we’ve helped to improve services for people living with HIV, train medical personnel, and introduce new methods. Introduction of PrEP is another important step in this area,” states Keith Simmons, USAID/Kyrgyz Republic Acting Mission Director.

To make PrEP easier to access to those who are eligible, the medication is offered for free at all AIDS Centers in Kyrgyz Republic. Currently, there are more than 10,000 people living with HIV in the Kyrgyz Republic, and the World Health Organization estimates that the country is experiencing one of the highest rates of growth of HIV infections in the world.

“As we continue to fight COVID-19, it is important to remember that other diseases, including HIV, continue to be a public health threat. We have the tools, such as PrEP, to end HIV/AIDS; we need to use them efficiently and effectively,” said Patrick Nadol, HIV/AIDS Central Asia Program Director at the United States Centers for Disease Control and Prevention.