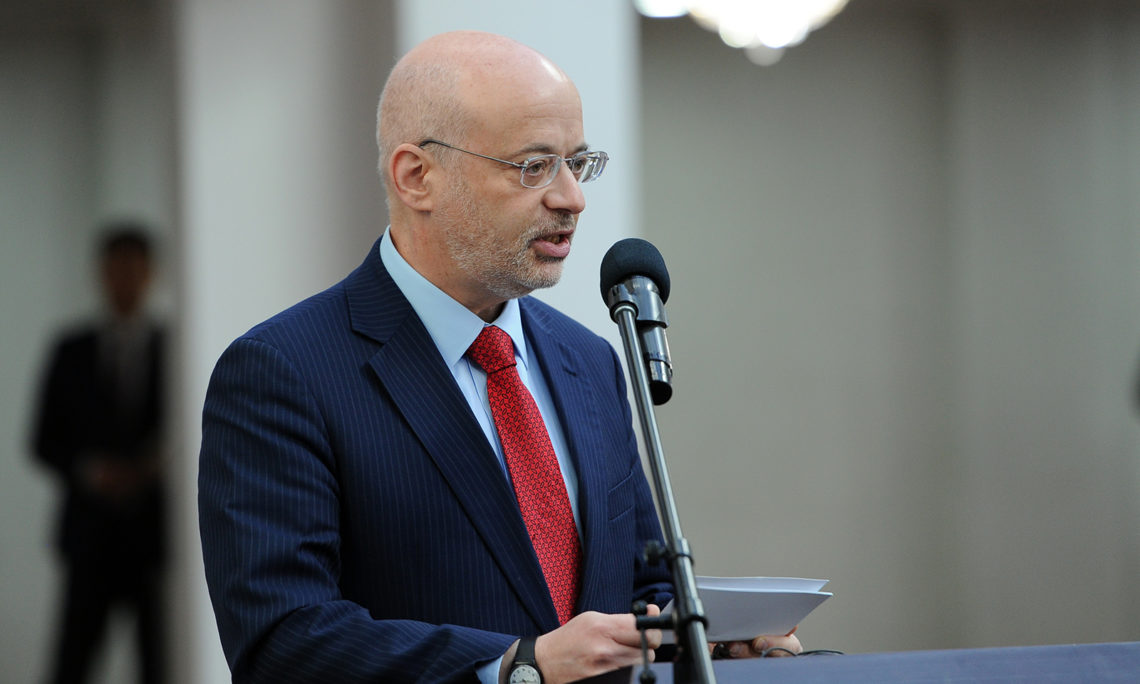 Bishkek, Kyrgyz Republic:  Chargé d’Affaires a.i. of the U.S. Mission to the Kyrgyz Republic Alan Meltzer delivered concluding remarks at a two-day Community Policing and Crime Prevention Conference on Thursday, March 2.  The Conference was sponsored by the U.S. State Department’s Bureau of International Narcotics and Law Enforcement Affairs (INL) and organized by its implementing partners the United Nations Office on Drugs and Crime (UNODC) and Saferworld.

Chargé Meltzer in his remarks noted: “We have partnered with Kyrgyz officials, international organizations, and civil society to promote best practices in this sphere because communities are strongest when they are working together and law enforcement works best when it has a close relationship with the community.  The ongoing success of the community-police public partnership model here reflects the unwavering commitment of the United States and Kyrgyz governments to promoting safety and stability for all people in the Kyrgyz Republic.”

Since 2013, the U.S. has directed approximately $3.5 million to support community policing at the national and grassroots levels.