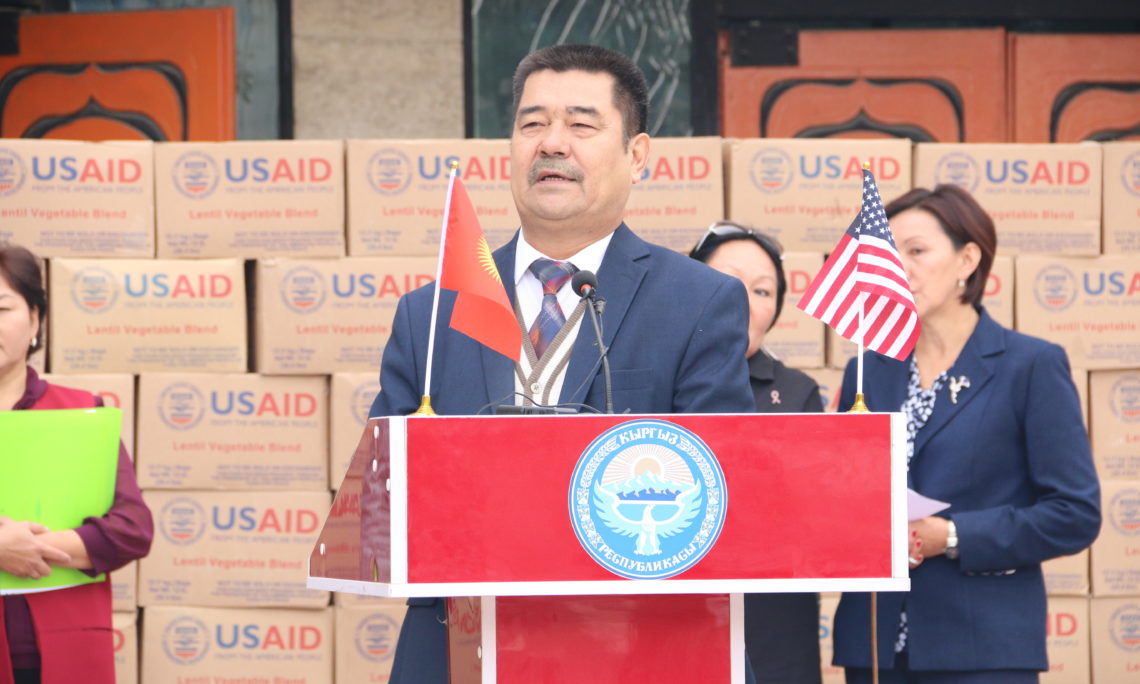 In 2018 the U.S. Government, through USAID, shipped 75 tons of food donated by the American people to the Kyrgyz Republic as part of a USAID Food for Peace initiative called the International Food Relief Partnership Program (IFRP). In the Kyrgyz Republic the program is administered by the Resource and Policy Exchange NGO and the local nonprofit Foundation Ergene who coordinates the distribution of the food throughout the country.

The IFRP is a USAID program that supports the production, transportation, delivery, and distribution of shelf-stable, fortified, and prepackaged foods by U.S. non-profit and public international organizations. The donated food, called Harvest Lentil Pro, is manufactured by the American company Breedlove Dehydrated Foods. Each package includes dried carrots, onions, rice and lentils.

In the Kyrgyz Republic the IFRP improves the nutritional and micronutrient status of hospitalized primary care patients as well as people in social care facilities. The food is being distributed to 96 institutions in the country including tuberculosis treatment facilities, homes for the elderly, orphanages, boarding schools, and psychological support and social institutions.  In the Talas oblast this food will help to improve the health of people receiving services in 10 different institutions.

Since 2006, USAID’s Food for Peace Program has delivered almost 770 tons of food that provided 39 million individual servings to over 50,000 children and adults. Since 1992, the American people have provided about $2 billion in programs and activities to support the people and government of the Kyrgyz Republic.