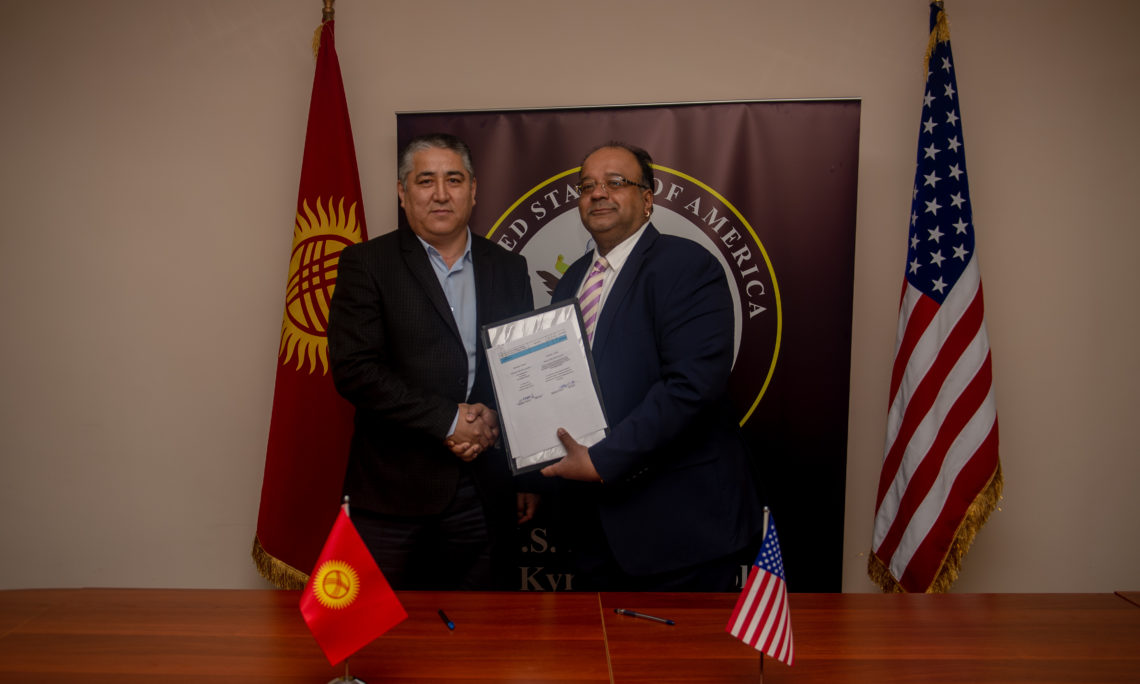 On December 19, Head of the Criminal Police Service of the Ministry of Interior Colonel Nurbek Abdiev and Director of the Office of International Narcotics and Law Enforcement at the U.S. Embassy in Bishkek Sandeep Paul participated in an official handover ceremony of approximately $20,000 of state-of-the-art computers, laptops, printers and other equipment.  This equipment will facilitate effective investigation and prosecution of trafficking-in-persons offences, a top priority of the governments of the United States and the Kyrgyz Republic.

Since 2001, the State Department’s International Narcotics and Law Enforcement (INL) program has provided over $25 million in technical assistance and material support to the Kyrgyz Republic, which has led to significant achievements in five key areas: counter narcotics, rule of law, police reform and community policing, anti-corruption, and trafficking-in-persons.