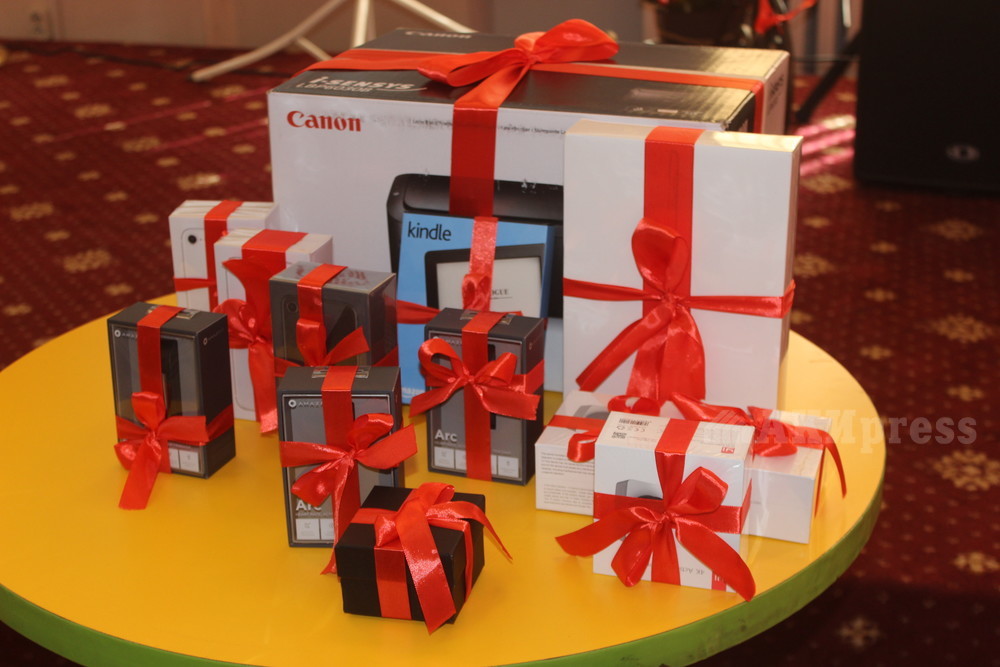 March 1, 2019—In support of English language learning, the U.S. Embassy in the Kyrgyz Republic sponsored a series of nationwide contests.  The capstone event, an awards ceremony for the I Love English Video Contest 2019, took place on February 28, 2019 at the American Center in Bayalinov Library, Bishkek. The annual video contest, held between December 1, 2018 and January 15, 2019, was organized by Lingua English Language Foundation with support from the U.S. Embassy in the Kyrgyz Republic and in partnership with the Ministry of Education and Science and the Bishkek City Department of Education.

The Love English Video Contest 2019 was held as part of the Ministry of Education and Sciences’ “Ten days of the English Language” program, which ran from February 11 to 21.  More than 250 videos were submitted to the I Love English Facebook page. A committee of film and media experts and U.S. Embassy representatives selected winners in three categories: funny, romantic, original and the winner of Grand Prize. The video entry that received the most reactions, views, shares, and comments on the Facebook page was selected as the Audience Choice Award winner.

Thirty-two secondary school English teachers submitted original lesson plans, which introduced students to American culture and celebrated English as an international language. Six English teachers in primary and secondary education received prizes for best Lesson Plan.  A committee including representatives from the Bishkek City Department of Education and the U.S. Embassy in Bishkek reviewed and selected the best lesson plans.