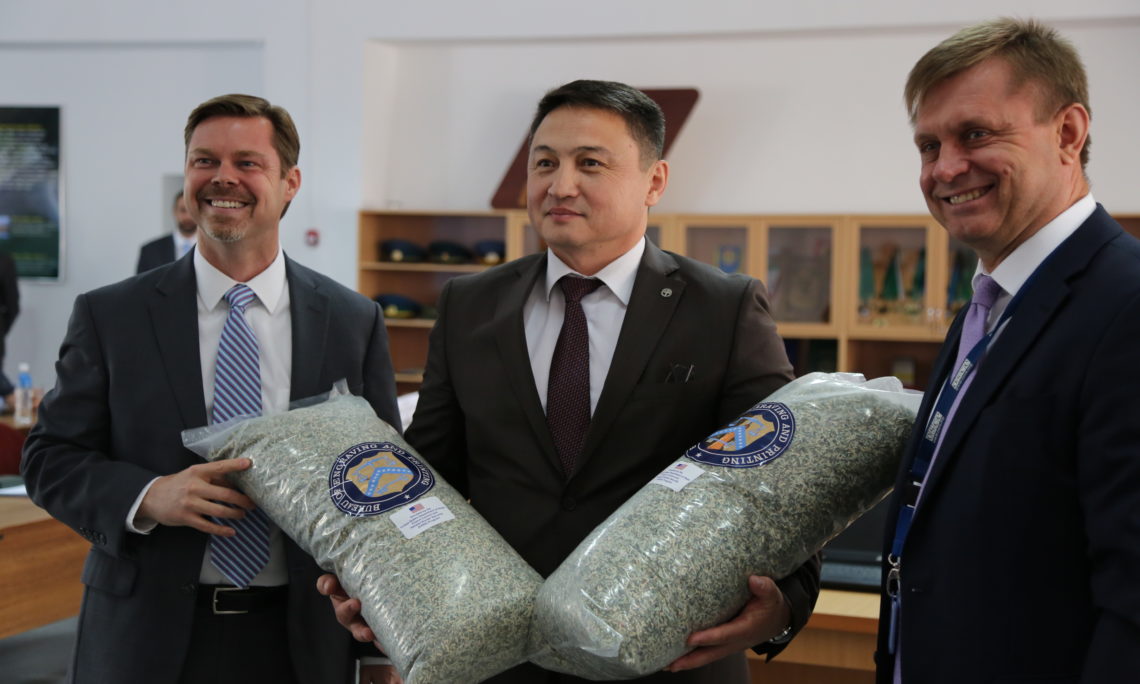 On September 26, U.S. Embassy Bishkek’s Deputy Chief of Mission Brian Stimmler participated in a ceremony at the Training Center of the State Customs Service of the Kyrgyz Republic to highlight U.S. support for a multilateral security training initiative.

Implemented through the Organization for Security and Cooperation in Europe, the program will enhance the ability of customs officers to detect undeclared currency at ports of entry and border crossing points throughout the Kyrgyz Republic.  To support this initiative, the U.S. Embassy donated $10,000 in shredded U.S. currency for use in the State Customs Service’s canine training program.

DCM Stimmler stated in his remarks that “over the last 25 years the United States has invested $2 billion to support our single, overarching goal: the success of the Kyrgyz Republic as a stable, peaceful and democratic state.”

Following the ceremony, DCM Stimmler toured the Training Center, to which the U.S. government has donated over $2 million in specialized training equipment.