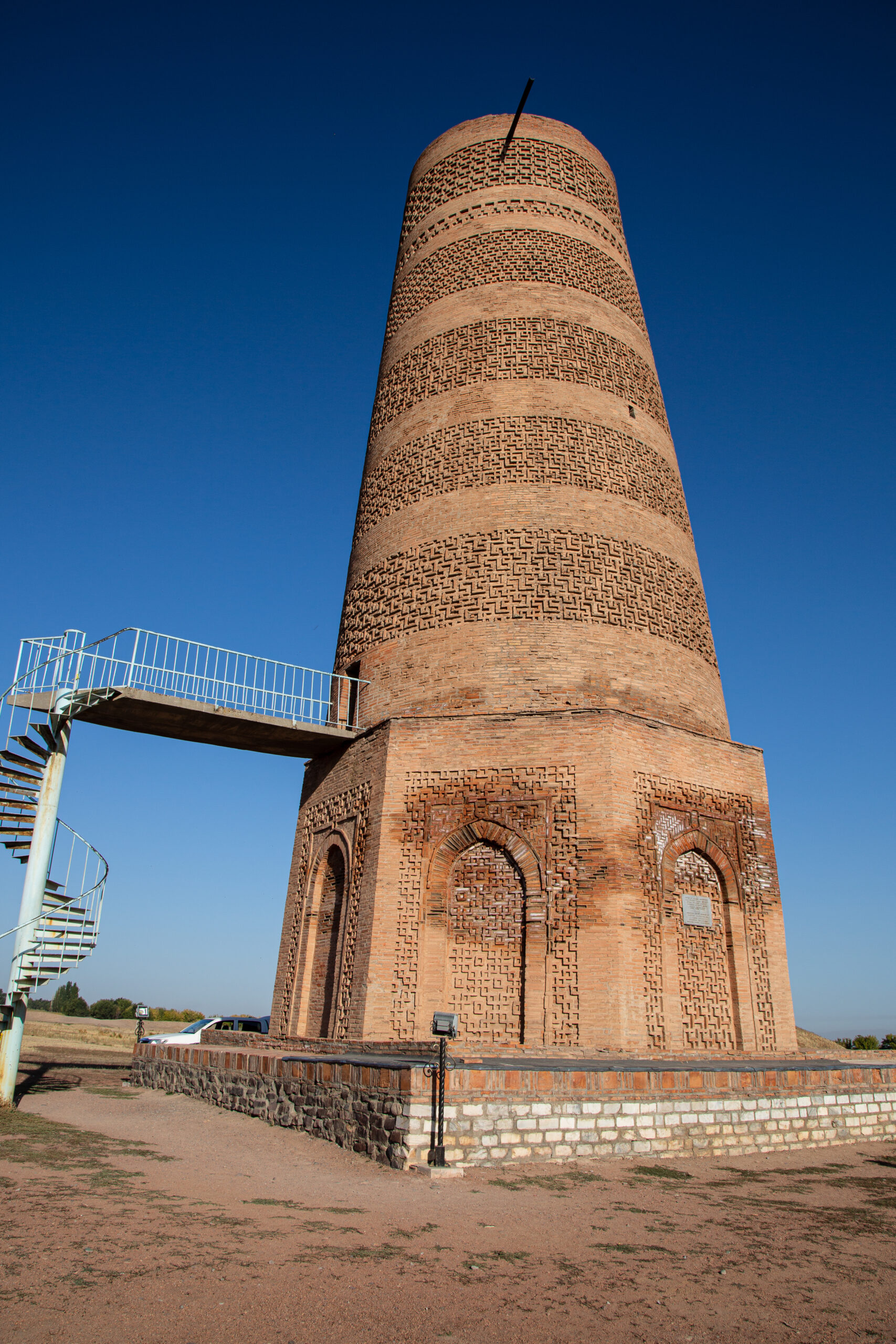 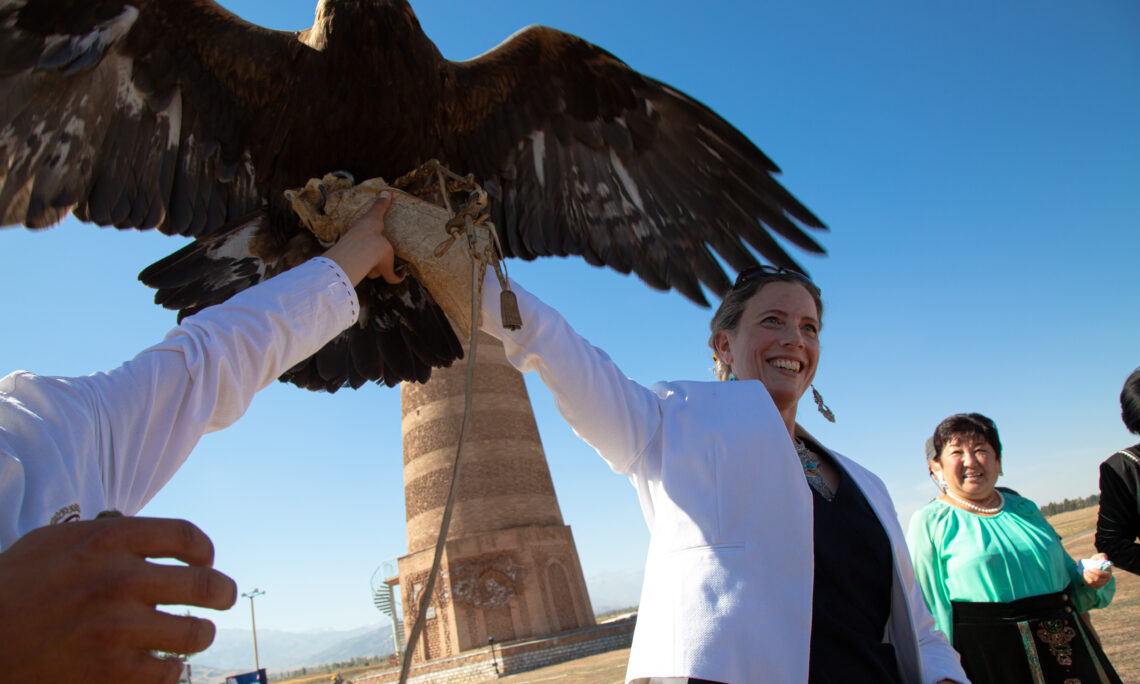 September 24, 2021 – BISHKEK – Today, the U.S. Embassy in the Kyrgyz Republic held the opening ceremony of a project to conserve the historic Burana Tower, joined by representatives from the Presidential Administration, Cabinet of Ministers, and Parliament of the Kyrgyz Republic; the Ministry of Culture, Information, Sports and Youth Policy; the National Commission for UNESCO; and the Burana Tower Museum-Complex.  The project, “Protection of the 11th Century Burana Tower in Kyrgyzstan against Anthropogenic and Seismic Threats” features more than $200,000 in funding from the U.S. Ambassador’s Fund for Cultural Preservation (AFCP).

Charge d’Affaires of the U.S. Embassy in the Kyrgyz Republic Sonata Coulter highlighted respect for Kyrgyz culture in her remarks at the event, saying, “The great Burana Tower has stood proudly for a thousand years, and we hope to see it stand strong for a thousand more.  Today, we are celebrating Kyrgyz-U.S. partnership to support the preservation of a Kyrgyz national treasure.”  The event was held with support from local sponsors, including the Shoro Company.

The Public Union Center for Museum Initiatives, led by Director Cholpon Turdalieva, will implement the project in collaboration with the Kyrgyz Ministry of Culture, U.S. experts from the International Monument Fund and local experts from Central Asia.  Experts will restore the damaged roof of Burana Tower with waterproof material and protect its walls against earthquakes through applied anti-seismic techniques.  The project will also include workshops and master classes for the Ministry of Culture and Burana Tower Museum-Complex staff, curators, and restorers.  A digital media campaign will promote the Burana Tower’s significance as a cultural landmark, raising awareness to attract more visitors.

The U.S. State Department established the AFCP in 2001 to celebrate mankind’s shared cultural heritage.  Through the AFCP, the U.S. State Department each year funds projects around the globe that protect unique cultural heritage sites.  Previous AFCP-funded projects in the Kyrgyz Republic include conservation of the Uzgen Mausoleum, restoration of the unique gold collection at the Kyrgyz State Museum of History, and preservation of the 11th century Shakh-Fazil mausoleum in Jalal-Abad oblast.  With the grant to restore the Burana Tower, the U.S. government will have contributed more than $500,000 toward cultural preservation in the Kyrgyz Republic through the AFCP.