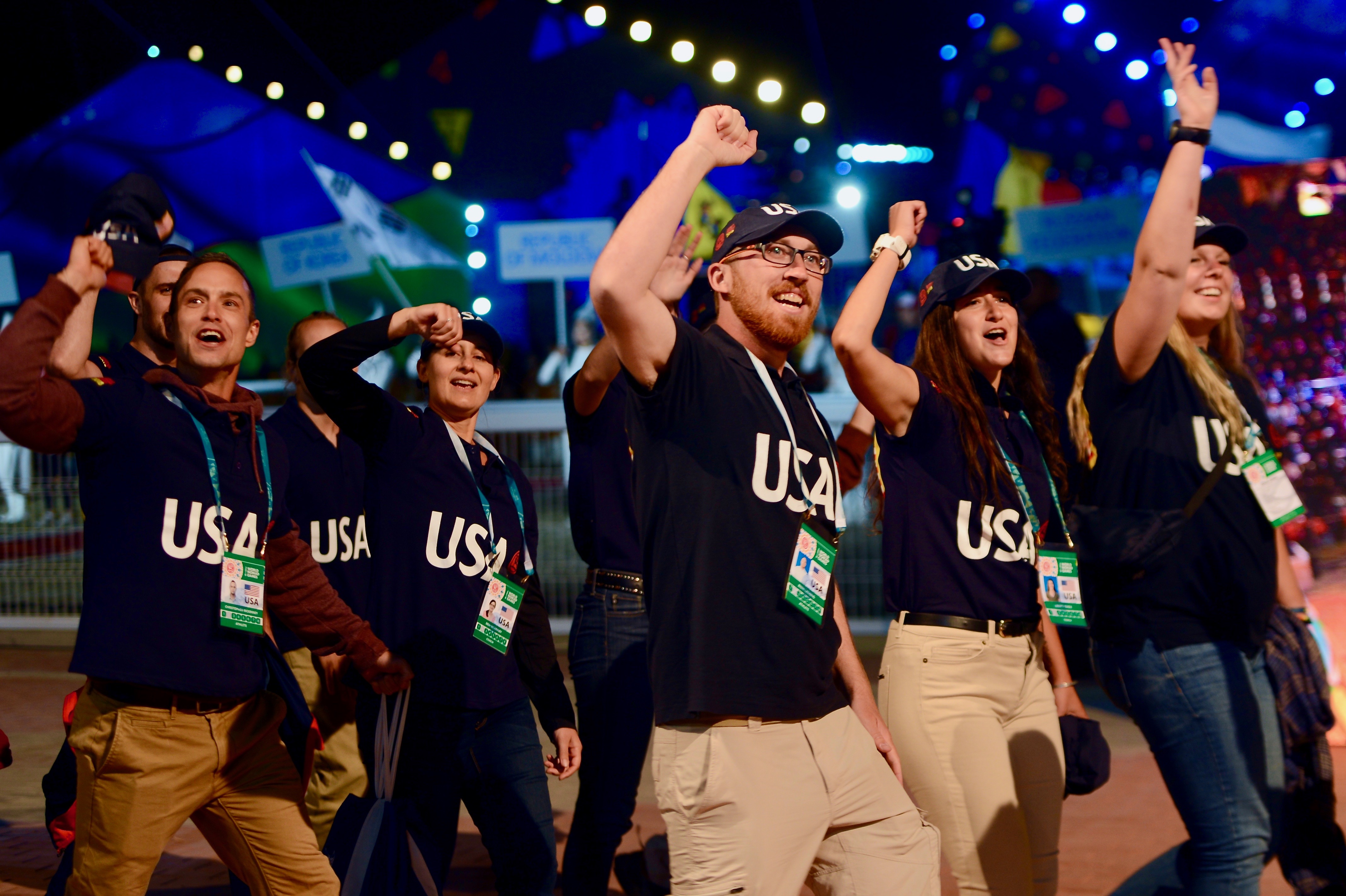 The U.S. Embassy is pleased to announce that a U.S. delegation comprised of American cowboys, Country Western-style entertainers, and Peace Corps Volunteers will participate in the Third World Nomad Games on September 2-8, 2018 in Cholpon Ata. In recognition of the enduring friendship between the Kyrgyz Republic and the United States of America, Chargé d’Affaires of the U.S. Embassy in the Kyrgyz Republic Brian Stimmler, and Acting U.S. Deputy Assistant Secretary of State for Public Diplomacy and Regional Affairs in South and Central Asia Emilia Puma will also join Kyrgyz and other international participants to celebrate the cultural heritage and diversity of nomadic civilizations around the world.

Ten cowboy envoys from Jackson Hole, Wyoming will compete as athletes in kok-boru. Two of them competed on the U.S. kok-boru team in the Second World Nomad Games.

Approximately 32 Peace Corps Volunteers will compete in the Third World Nomad Games, with many taking part in traditional nomadic intellectual games including mangala, ordo, oware, and toguz korgool at the Eurasia Hotel.  Others will compete in arm wrestling at the Sports Arena in Cholpon Ata, and tug-of-war at the Kyrchyn Gorge. Peace Corps Volunteers come from across the United States to serve on projects in community economic development, education, and health for the benefit of Kyrgyz communities.

The U.S. Embassy in the Kyrgyz Republic will also be proud to support U.S. athletes who will compete in the Third World Nomad Games in sports such as archery, alysh (belt) wrestling, mas wrestling (grappling), and eagle hunting.

The U.S. ordo at Kyrchyn Gorge will serve as a beehive of activity throughout the week of the World Nomad Games.  The U.S. ordo’s yurts will host activities hosted by Kyrgyz-speaking Peace Corps Volunteers, such as American book exhibitions, contests, and demonstrations of American nomadic cultural traditions.  Visitors will have the opportunity to watch films on American and American cowboy culture and sport, and an award-winning Kyrgyzstani short film.

American athletes and cultural envoys will visit the American ordo to interact with visitors throughout the week. Three Western entertainers will share the culture of the American West through song, blending country, cowboy, and folk styles from around the United States. They will also recite poetry and tell stories in the Kyrchyn Gorge.  The cowboys from Wyoming who are competing in kok-boru will demonstrate traditional Western games and lasso steer. Other activities at the American ordo will include:

The United States is honored to contribute to the promotion of diversity of the nomadic culture of peoples of the world and to showcase a steadily-growing partnership with the Kyrgyz Republic.