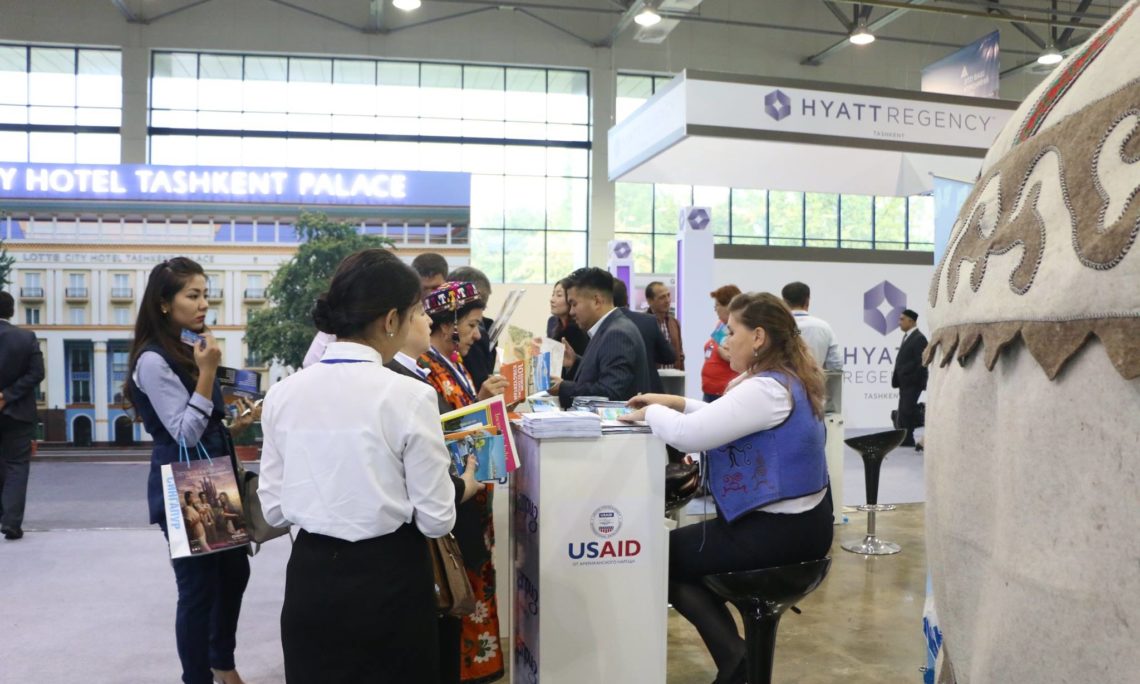 Ten hotels and tour operators from the Kyrgyz Republic promoted their services at the 23rd Tashkent International Tourism Fair from October 3-5. The trip was organized with support from the United States Agency for International Development (USAID). A Kyrgyz yurt, traditional music, and a handicrafts exhibition allowed visitors to get a glimpse of Kyrgyzstan as a tourism destination. The delegation met with hundreds of Uzbekistani tour operators and signed 141 partnership agreements.

Tourism companies from Osh also debuted at the exhibition, promoting the city’s location on the border with Uzbekistan as a gateway to discovering the country. USAID has been helping to improve tourism services in Osh and promote it as a tourism destination.

“Recently the Dostuk border in Osh was opened to Uzbekistan, and we anticipate an increase in the number of tourists. So far, we have seen interest in traveling to the Osh and Jalalabad regions, especially to resorts and sacred places,” said Munar Isa, owner of the Biy Ordo Guest House and Tour Company.

Another tour operator, Tourasia, who launched flights from Tashkent to Issyk-Kul in July, is now seeking to prolong the availability of these flights into the winter season as well.

USAID’s Business Growth Initiative is a four-year project that builds and strengthens the competitiveness of Kyrgyz tourism destinations and other economic sectors, including apparel manufacturing and construction materials.