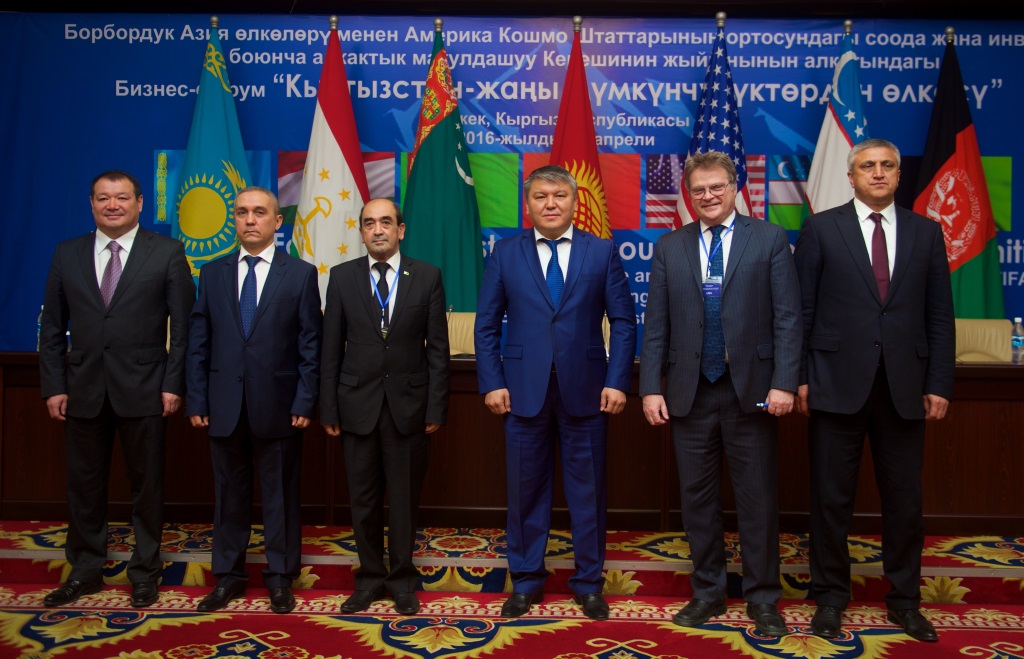 On April 4-6, representatives of the five Central Asian nations and the United States will meet to promote jobs, prosperity, and stability for the people of Central Asia.  We will work together to enhance a spirit of cooperation and foster an open environment for international trade and investment through two efforts: the U.S. – Central Asian Trade and Investment Framework Agreement (TIFA) Council Meeting, and the C5+1 Economic and Regional Connectivity working group.

U.S. Secretary of States John Kerry used his historic visit to Central Asia in November to engage in robust dialogue with the head of state in each Central Asian country, and to bring together the regional foreign ministers to deepen our regional relationships.  The visit was the beginning of a renewed relationship.

Since the parties signed the agreement in 2004, the U.S.- Central Asia TIFA has provided an annual opportunity for all five Central Asian countries and the United States, along with Afghanistan, which participates as an observer, to discuss investment, trade, regional cooperation, development, and regulatory reform.  This framework has proven to be a flexible mechanism that facilitates robust dialogue on these issues of mutual interest and further strengthens our economic cooperation.

The C5+1 initiative includes thematic working groups on regional economics and trade, environmental protection and renewable energy, and regional security threats.  These working groups will prepare areas of further cooperation including concrete projects leading up to the next C5+1 ministerial this summer in the United States.

These collaborative engagements will advance shared issues of mutual interest such as customs policy issues and women’s economic empowerment, and provide a framework for our governments to continue cooperation on important economic issues.  But most importantly, they will promote job growth and facilitate business contacts across the region.

The United States is proud to be a partner in these efforts and, as we celebrate the 25th year of bilateral relations, we are grateful for the partnerships we have developed over the years with each country in Central Asia.

The meetings this week build on the momentum of many years of cooperation, and on Secretary Kerry’s historic visit to Central Asia last fall to deepen regional partnerships, promote economic growth, and foster regional integration.