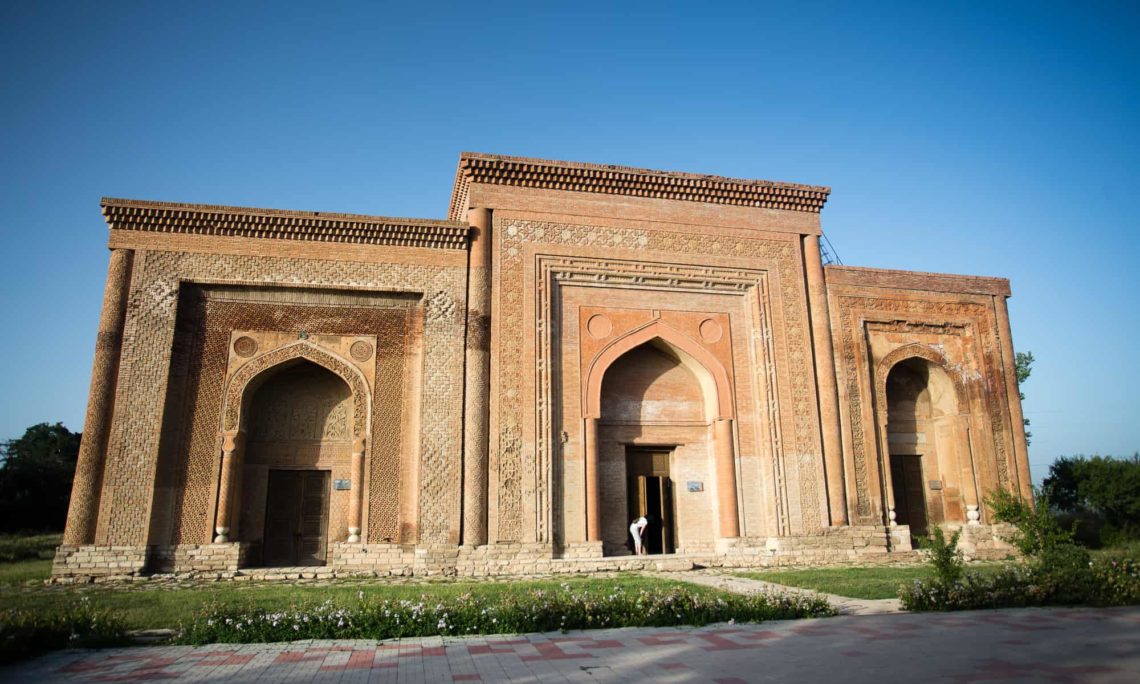 October 29, 2019 (Bishkek-Kyrgyz Republic) – The U.S. Embassy in the Kyrgyz Republic, with representatives of the Ministry of Culture, Information and Tourism of the KR, Government in Osh province, and Sulayman-Too National Historical and Archeological Museum Complex will present the completed conservation of a twelfth century Karakhanid mausoleum roof in Uzgen on October 29, 2019 from 11:00 until 13:00.

With $150,000 of funding from the U.S. Ambassador’s Fund for Cultural Preservation (AFCP), the Public Union Center for Museum Initiatives, represented by Aida Alymova, began the conservation project in September 2015 under supervision of American historic preservationist William Remsen, a professional member of the American Institute for Conservation of Historic and Artistic Works. The U.S. Embassy also purchased roofing construction materials from the United States.

While the Uzgen Mausoleums’ conservation is the most recent AFCP project completed in the Kyrgyz Republic, it is not the first.  The first project dates back to 2002 when the U.S. Embassy awarded a $24,000 grant for the preservation of the 11th century Shakh-Fazil mausoleum in Jalalabad oblast.  In 2006, the U.S. Embassy in the Kyrgyz Republic contributed $51,000 to the much-needed preservation and restoration of the unique gold collection of about 2000 items at the Kyrgyz State Museum of History, allowing the collection to be seen by the public for the first time.   In 2009, AFCP supported the preservation of an Archeological and Ethnological Collection at the Kyrgyz-Russian Slavonic University. In 2008, AFCP funds supported conservation of a selection of unique antique books held in the Kyrgyz National Library, the Issyk Kul Regional Library and in the libraries of the Kyrgyz National Academy of Science and the Kyrgyz State National University.