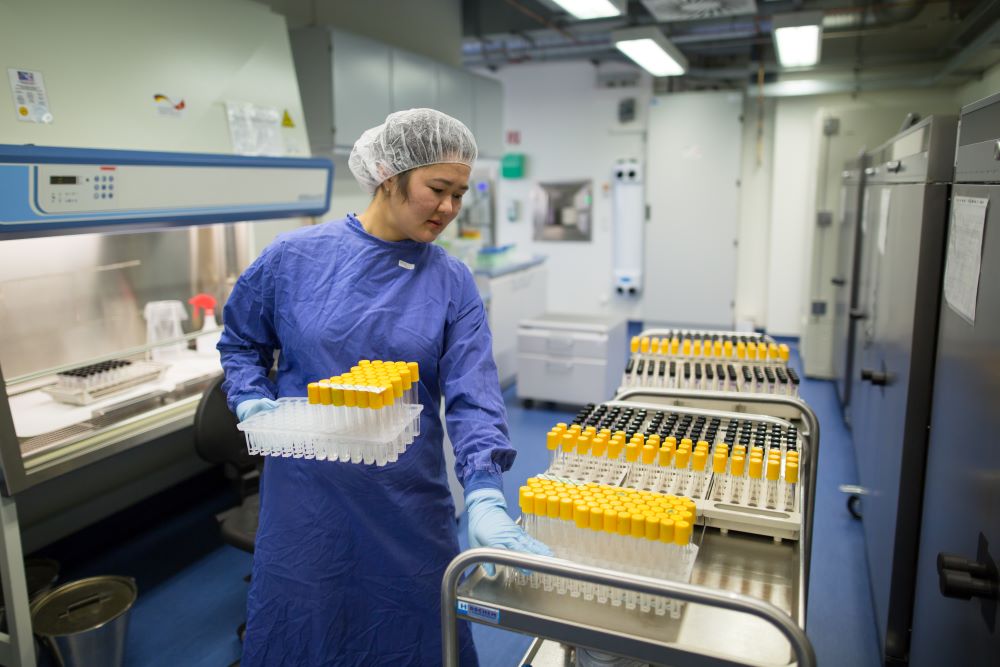 Bishkek, Kyrgyzstan – At an official ceremony held today in Bishkek, The United States Agency for International Development (USAID) announced a new five-year, $18.5 million investment to support the Government of the Kyrgyz Republic’s efforts to end drug-resistant tuberculosis in the country.

During his speech, USAID Mission Director Gary Linden said that the new USAID Cure Tuberculosis Project “will work with the Kyrgyz government to improve the country’s healthcare system’s ability to diagnose, treat, and cure people with drug-resistant tuberculosis.” In addition, because stigma and discrimination associated with the disease often prevent people from getting the services they need, the USAID Cure TB Project address the issue with healthcare providers and the Kyrgyzstani public.

Minister of Health Kosmosbek Cholponbaev, Deputy Head of the Social Development Department of the Government of the Kyrgyz Republic Sanjarbek Isaev, and Chairperson of the Mandatory Health Insurance Fund Elnura Boronbaeva also spoke at the event.

The Kyrgyz Republic remains among the 30 countries with the highest burden of drug-resistant TB (DR TB) in the world, with 1,400 new cases of DR TB annually. This form of tuberculosis is harder to cure because its resistant to standards drugs. The treatment can take up to two years.

The Cure Tuberculosis Project is implemented by JSI Research &amp; Training Institute, Inc. (JSI) in partnership with University Research Co., LLC (URC)., and close collaboration with the Ministry of Health and national partners.