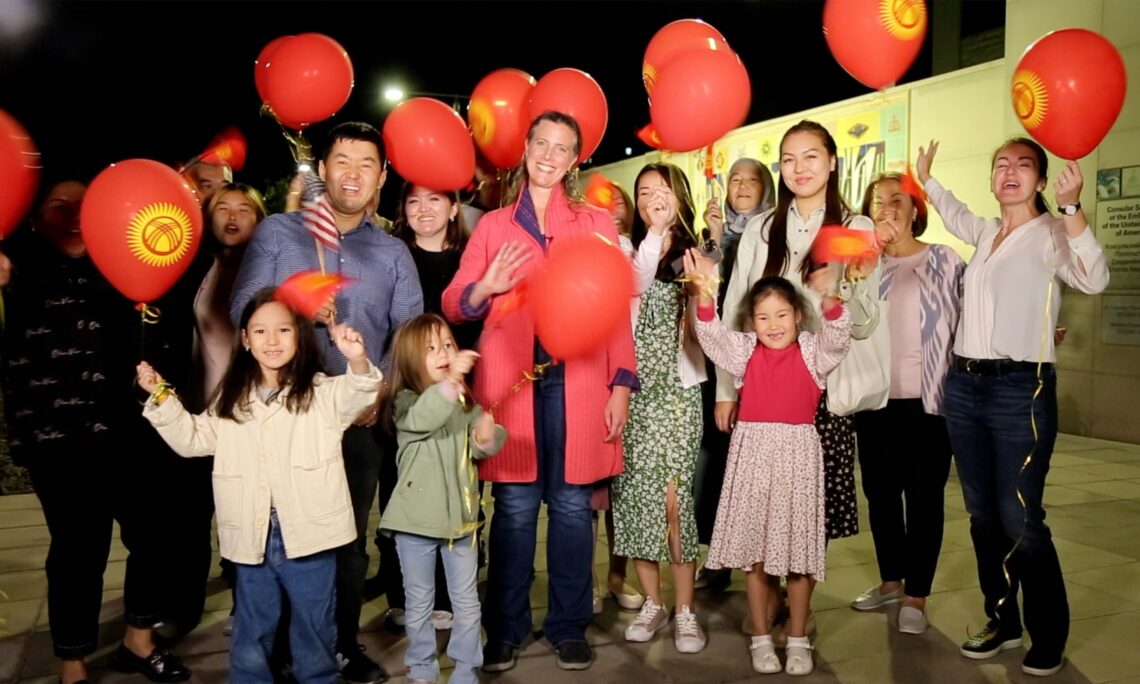 August 26, 2022 – Bishkek.  To congratulate all Kyrgyzstanis on 31 years of independence, the Embassy of the United States of America in the Kyrgyz Republic has projected a special image on its diplomatic mission.  From the evening of August 25 to September 2, the public will see the Kyrgyz Republic’s national flag and a congratulatory message illuminating the Embassy’s wall on Masaliev Street also known as Yuzhnaya Magistral.

The United States is proud to be one of the first countries in the world to recognize the independence of the Kyrgyz Republic in 1991, and to be the very first country to establish a permanent diplomatic mission in Bishkek.

Please see the video from the event on U.S. Embassy Bishkek YouTube channel.