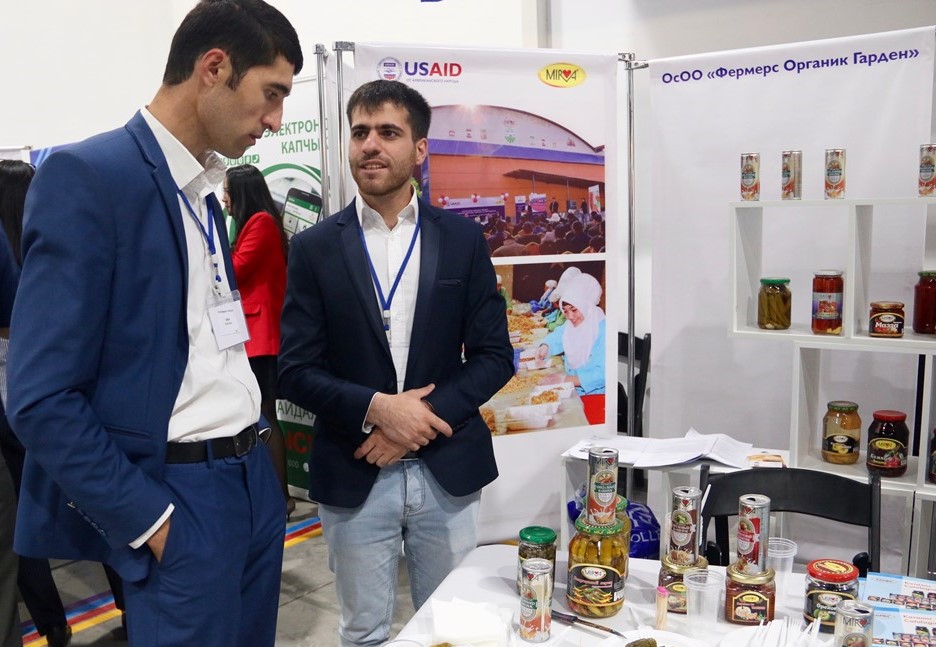 As part of the Kyrgyz Republic’s Investment Promotion and Protection Agency observance of “the Month of United States Trade and Investment” in June 2018, the U.S. Embassy in Bishkek opened an exhibition of American companies that operate in the Kyrgyz Republic and United States Agency for International Development (USAID) economic programs and investments in the country.

In addition, a number of interesting events are planned for June including opening of new and expanded factories where USAID provided funding and other events related to business and economic ties between the two countries.

According to official statistics, the economy of the Kyrgyz Republic is based primarily on agriculture; most of the country’s population in the regions is engaged in this area. The U.S. Embassy in Bishkek understands this well, and fervently supports the initiative of the Kyrgyz government that declared 2018 as the Year of Regional Development.

A USAID Agriculture Trade and Investment Forum took place on June 5-6, that included a product exhibition, meetings, negotiations, and presentations — in short, all components needed to establish business ties and find new investment opportunities.  At the event buyers signed letters of commitment to purchase $5 million in products and negotiations continue for additional millions in sales.

USAID noted exceptional results in its presentation of its AgroHorizon project, which is in its fourth year in the Kyrgyz Republic and which has benefited tens of thousands of Kyrgyz farmers who increased the total sales of their products by $15 million.  In addition, several significant new agriculture enterprises will open in June, including: El Dan Atalyk in Uzgen, and Altyn Aimak in Batken. In addition to agricultural enterprises, two new international standard apparel factories will open with the support of USAID.

U.S. business education programs are also being spotlighted this month, with presentations on the Special American Business Internship Training (SABIT) and TechWomen programs scheduled in June.  The month of U.S. Trade and Investment promotion will close on June 30, in Erkindik Boulevard, where visiting American jazz musicians will join a number of American franchises for a festive gathering of music, food, and fun.