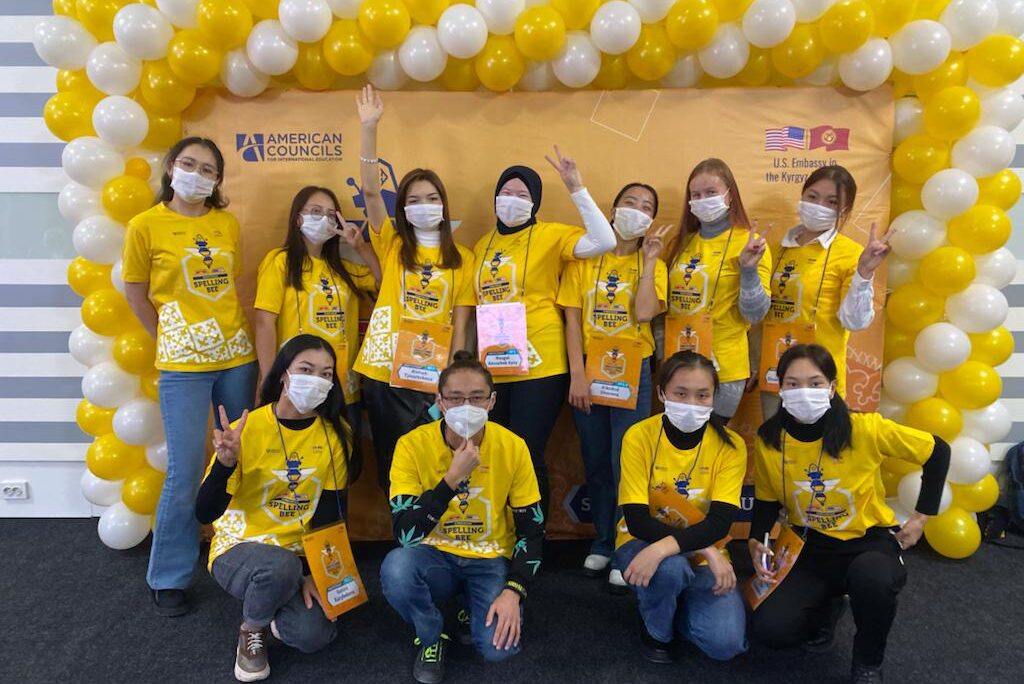 October 12, 2021 – BISHKEK – Fourteen top student spellers from Kyrgyz universities gathered in Bishkek on Saturday, October 9, to compete in the 2021 Kyrgyz National Spelling Bee Contest. After approximately two hours of competition, Minura Mirzaeva from the Department of World Languages and Culture from Osh State University, won top place by spelling the word BACKLASH correctly. After winning, she/he highlighted the importance of studying English saying, “I started learning English by reading comics on Internet and I am now studying English at the university. I would like to work as translator to translate scientific research into Kyrgyz language.” The winner of the competition received iPadPro.

The event was organized by American Councils for International Education, with support from U.S. Embassy Bishkek. This spelling bee included students from across the country representing all eight regions who were selected by participating in local competitions at the American Corners (library-based, English-speaking clubs) across Kyrgyzstan.  Participation in the contest free for all participants.

“We are proud to host and recognize the achievements of these incredible students from Kyrgyzstan,” said Olesia Gardner, Country Director for American Councils Kyrgyzstan. “They put so much time and dedication into studying for this competition and impress us with their effort and commitment to studying English.”

Spelling bees started in the United States in the 1800s, as schools tried to induce students to learn the standardized spellings from the newly-published Webster’s Dictionary. The first national competition was held in 1908 in Cleveland and the event has been an annual one since 1925.

Spelling bees require contestants to recite words he or she hears and correctly spell them as listed in the dictionary. The person may ask the host to repeat the word; provide the definition, part of speech and language of origin and use it in a sentence. The difficulty of the words varies, as English has adopted many words from other languages.