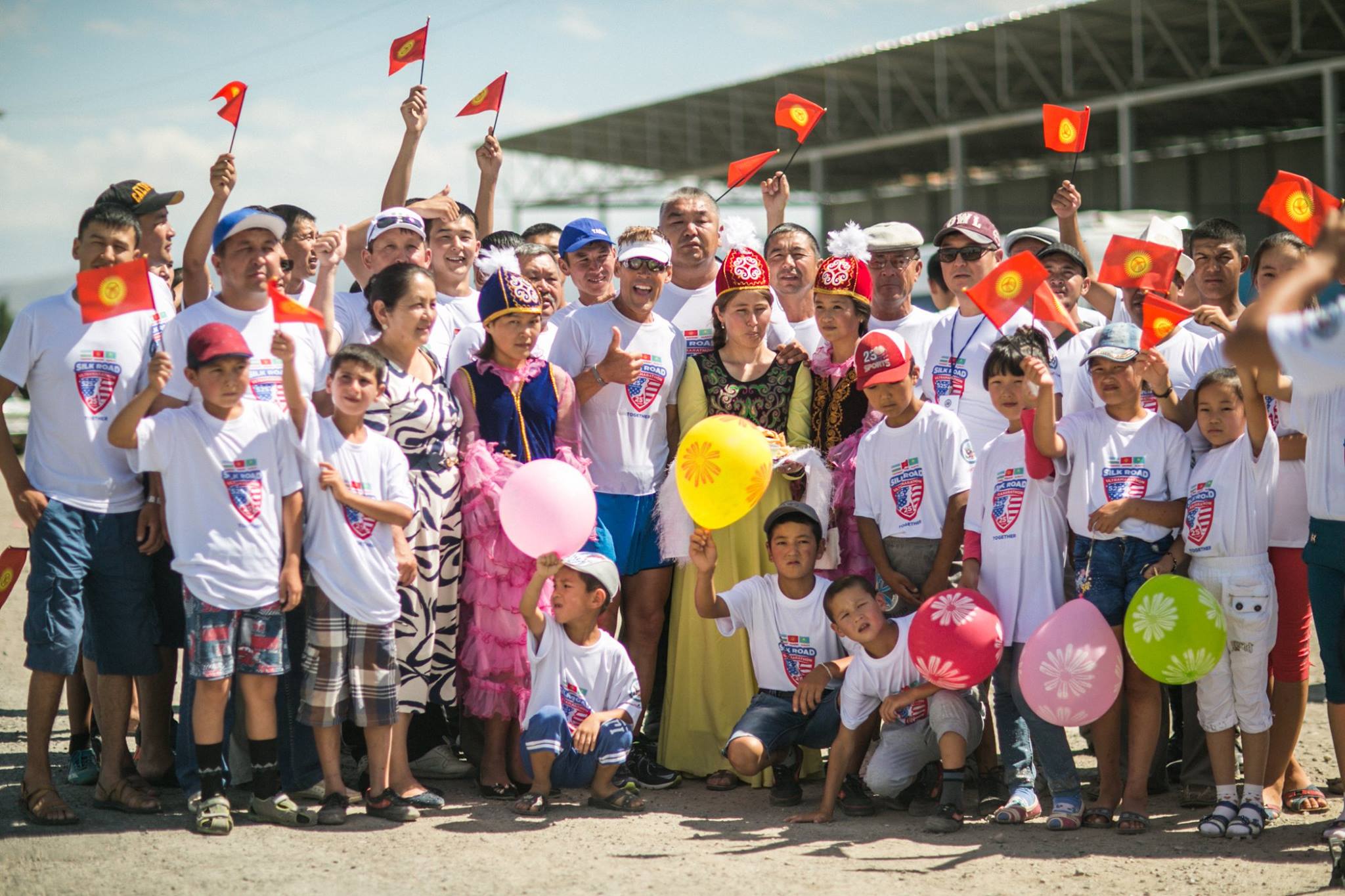 World famous American ultra-long-distance runner Dean Karnazes will run the Silk Road Ultra Marathon across Uzbekistan, the Kyrgyz Republic, and Kazakhstan June 29 to July 10.  This ultramarathon is sponsored by the United States and dedicated to the 25th anniversary of diplomatic relations between the United States and the nations of Central Asia.

Karnazes will run 525 km starting in Tashkent, Uzbekistan, then through Kazakhstan, the Kyrgyz Republic, and back into Kazakhstan to finish in Almaty.  In all the countries along the route, he will do fun runs and meet with local sports enthusiasts, students, and others who are interested in learning more about his unique approach to health and fitness.

Named one of the 100 Most Influential People in the World by Time magazine, Dean Karnazes is the author of numerous books and articles about running, philosophy, and healthy eating.  Dean continues to push the boundaries of human endurance.  He has run long distances in temperatures ranging from -40 to +48 degrees.  In 2005, he ran 350 miles (560 km) in 80 hours and 44 minutes without sleep.

On July 8 at 17:00, Dean will lead a fun run from the Kyrgyz National Flag on Boz Boltok Mountain (near the village of Orto-Say) to Victory Park in Bishkek.  As Dean begins the run, American Jazz legends Anthony Stanco and the Crucial Elements will get the party started with a free concert in Victory Park at 17:00.  Dean will arrive at the south gate of Victory Park around 18:00 to join the festivities with U.S. Ambassador Sheila Gwaltney and a representative of the Bishkek Mayor’s Office.  The festival will be free and open to the public.  All are welcome.

More information about the Ultramarathon is available on the official U.S. Embassy Facebook page: https://www.facebook.com/usembassy.bishkek/ or tel. +996 312 47-47-98.

Press and media interested in covering the Ultramarathon may contact the U.S. Embassy Press Section at BishkekPAS@state.gov, or telephone +996 312 59700.