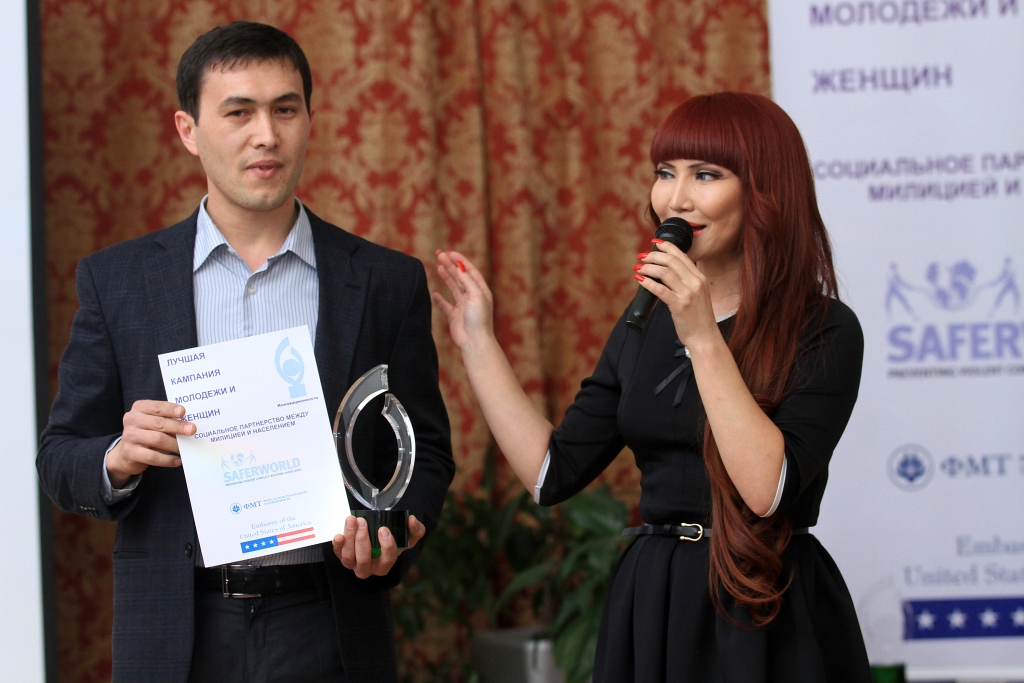 Participants: Total Anticipated:  80 people, to include youth and women campaign teams;  and representatives from the following organizations: Saferworld, FTI, Civic Union; media outlets; local and international NGOs; U.N. agencies; Ministry of Internal Affairs and the MIA Academy; Ministry of Labor, Migration, and Youth; and the U.S. Embassy in Bishkek.

On February 24, Saferworld will sponsor a public awards ceremony to recognize local grass roots campaigns to build trust and encourage cooperation with local law enforcement agencies. The competition titled, “The Best Youth and Women campaigns of 2014,” was a follow-up to a youth and women leadership training conducted by Saferworld in September 2014 under the auspices of the Community Policing Project. The Bureau of International Narcotics and Law Enforcement Affairs financially supports the project. The campaigns stressed the need to avoid violence, drug and alcohol dependency, and involvement in radical religious groups, and ran from November 20, 2014 to February 20, 2015.

A panel of seven representatives from Saferworld, FTI, INL, Ministry of Internal Affairs, and journalists evaluated and selected the winners of the contest.  Contestants’ entries competed in the following categories:  largest media coverage; most innovative; best partnership with a law enforcement agency; greatest mobilization of youth and women; and most resourceful in soliciting grass roots contributions.  The Saferworld Special Award will be given to the campaign that best reflects the Saferworld Vision: a world in which everyone can lead peaceful, fulfilling lives, free from fear and insecurity.