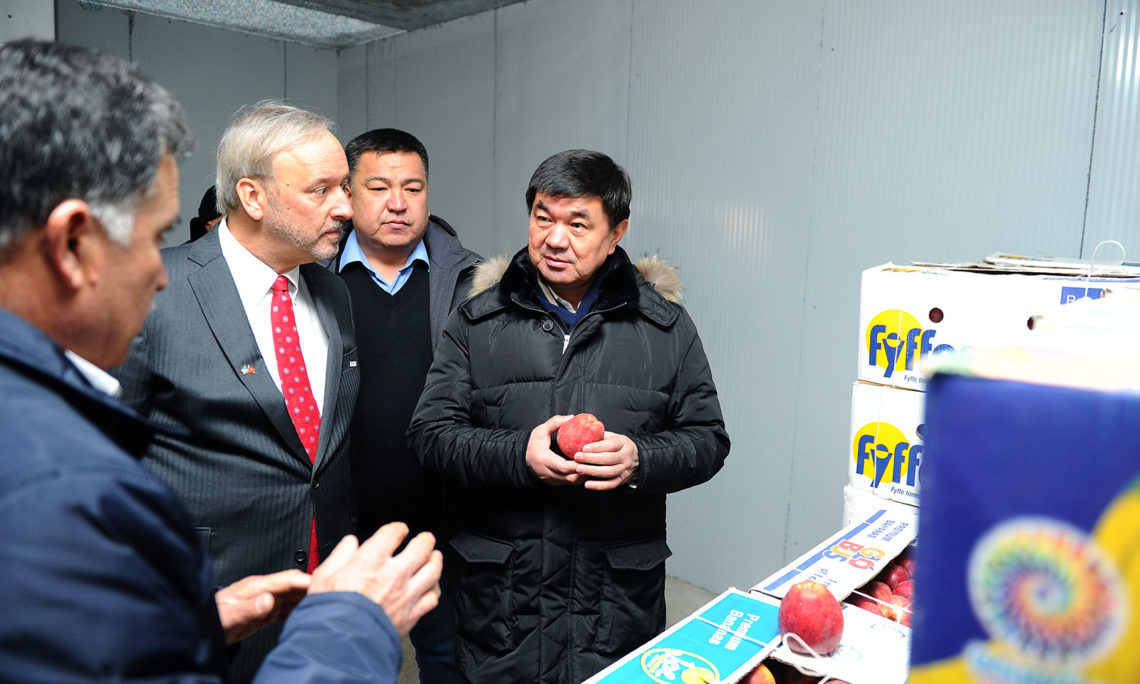 Interfruit LLC is a Kyrgyz-Tajik joint venture established in 2017 in partnership with the U.S. Government’s Agency for International Development (USAID). This partnership was designed to support the local value chains for apricots, plums, apples, walnuts, and various other dried fruits produced in Southern Kyrgyzstan. USAID’s support includes the procurement of new equipment to improve quality control and consistency. This allowed for increased production, enabling Interfruit to process up to 2,400 tons per year.

During the tour, Prime Minister expressed strong appreciation to USAID for its support, stressing that such enterprises create permanent jobs and benefit farmers enabling them to sell their fresh produce.

“We will provide all possible assistance to enterprises whose activities are aimed at the development of the country’s agriculture,” said Muhammedkaliy Abylgaziyev.

The Interfruit partnership is one of 58 that was created by the USAID Agro-Horizon Project. This five-year, $22 million endeavor contributes to the growth of the Kyrgyz economy by increasing the competitiveness of the agriculture sector in partnership with the private sector. It is being implemented in the Batken, Jalal-Abad, Naryn, and Osh oblasts. Beyond job creation, these partnerships support thousands of smallholder farmers and contribute to growing exports of Kyrgyz products.