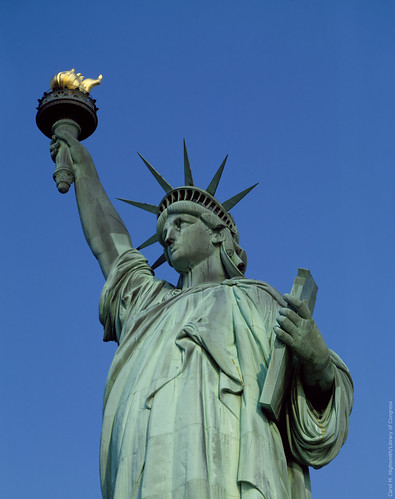 The Statue of Liberty, designed by Frédéric Auguste Bartholdi, represents the Roman goddess of freedom, Libertas, holding a torch and a tablet inscribed with the date of the American Declaration of Independence, July 4, 1776. The Statue of Liberty was dedicated on October 28, 1886, designated as a National Monument in 1924 and restored for her centennial on July 4, 1986. Photo by Carol M. Highsmith.