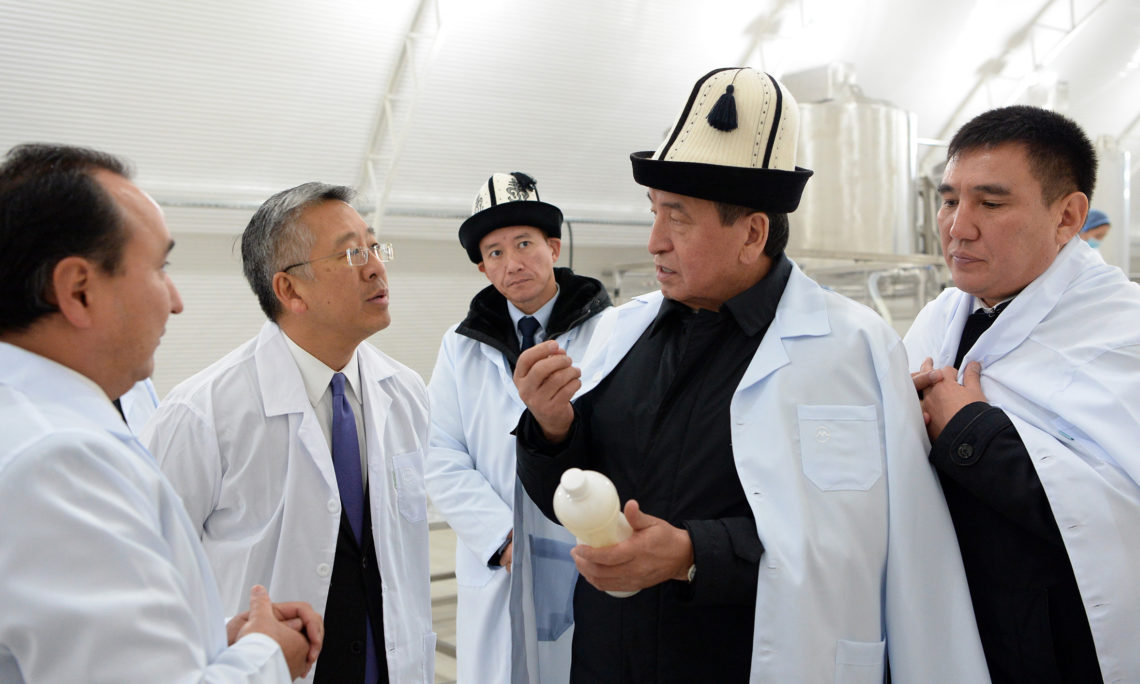 On November 2, 2018, President Sooronbay Jeenbekov and U.S. Ambassador to the Kyrgyz Republic Donald Lu inaugurated the Alaiku Organics milk processing facility in Osh city. The United States Agency for International Development (USAID) supported the establishment of the new facility, which will become the largest active dairy processing facility in southern Kyrgyzstan. USAID saw this industrial expansion as an opportunity to raise the incomes of local farmers, who will be needed to supply to the new facility with up to five tons of milk per day.

The new modern facility will produce kefir, curd, sour cream, cheese, butter, and other dairy products in compliance with international food safety standards. Alaiku Organics plans to source milk from 1,500 local farmers. In addition to purchasing their goods, the company will support the farmers by providing technical advice and high-quality feed to increase milk production during the winter months.

USAID and Alaiku Organics invested more than $740,000 to establish the dairy facility. Funds from the American people provided specifically for the procurement and installation of a water purification system, lab equipment, and the dairy processing line.

In the last four years, USAID has contributed to the development of the regions by partnering