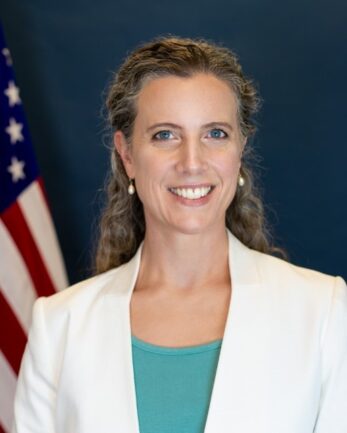 Sonata N. Coulter began her assignment as Deputy Chief of Mission at the U.S. Embassy in Bishkek in July 2021 and served as interim Charge d’Affaires from September 2021 to November 2022.

Immediately prior to her assignment in the Kyrgyz Republic, she served as Deputy Political Counselor at the U.S. Embassy in Moscow, Russia from September 2018 to June 2021.  Ms. Coulter’s other overseas postings include Political/Economic Chief in Bishkek, Kyrgyz Republic, Senior Economic Officer in Monrovia, Liberia, as well as earlier assignments in Moscow and Yekaterinburg, Russia.  In Washington, she worked as assistance coordinator for the Caucasus in the Office of the Coordinator of U.S. Assistance to Europe and Eurasia, covered Iran sanctions in the Economic Bureau’s office of counter threat finance and sanctions, and served as desk officer for Chad and Central African Republic in the Office of Central African Affairs.

Ms. Coulter is originally from Los Angeles, California.  She holds a bachelor’s degree in art history and French from Columbia University, and a master’s degree in international affairs from George Washington University.  She speaks Russian and French.  Ms. Coulter enjoys exploring the Kyrgyz Republic’s natural beauty, traveling, reading, and spending time with her family.  She is married with two children.