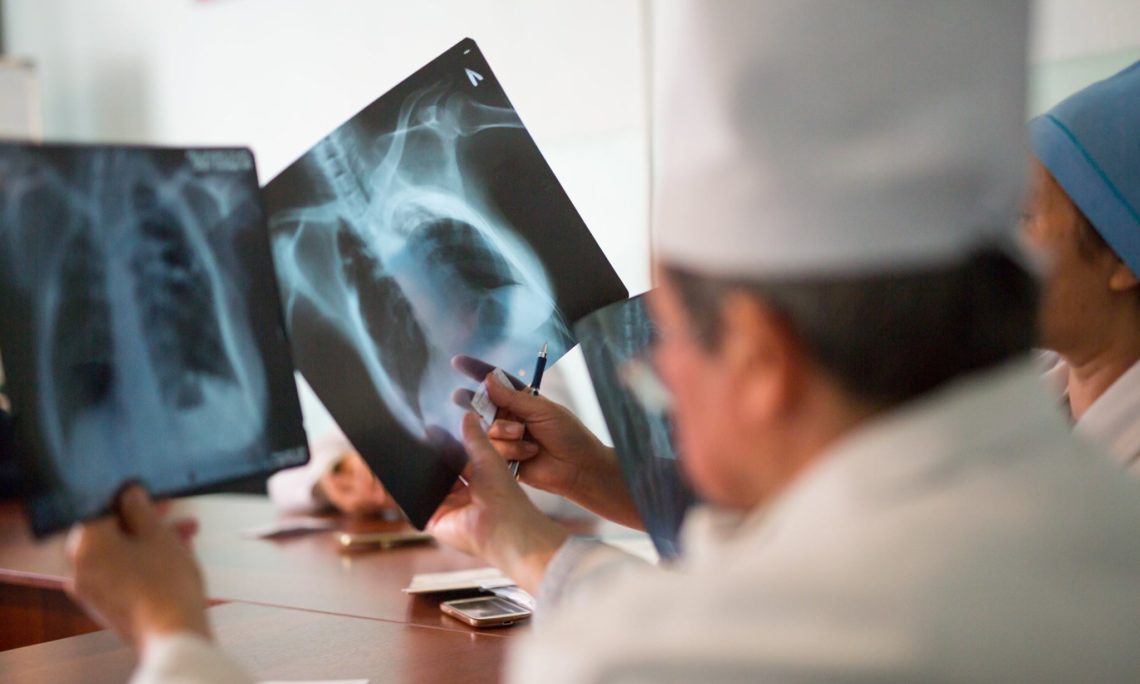 In the final week of June, USAID and the Kyrgyz Republic shared a tremendous achievement in the battle against Extensively Drug Resistant Tuberculosis (XDR-TB). Doctors pronounced the first two XDR-TB patients undergoing new individualized treatment regimens to be cured. This exciting victory stands in contrast to the stark reality of the 90% treatment failure rate associated with XDR TB in the Kyrgyz Republic.  More patients will complete this treatment in the upcoming months, and their progress continues to show great promise. The Ministry of Health introduced a new treatment method in partnership with the United States Agency for International Development (USAID) 18 months ago.

Thanks to the USAID Challenge TB project, Kyrgyzstani doctors can now employ much shorter and more modern treatment approaches and use the new drugs Bedaquiline or Delamanid

The standard regimen previously used in the treatment of both multi drug-resistant TB (MDR-TB) and XDR TB took two years to complete, during which patients had to take 14,600 pills and receive 240 injections. Due to its length, complexity and inflexibility, the treatment only worked for 1 in 2 patients with MDR-TB (about 56%), and 1 in 10 with XDR-TB, leaving many hopeless and resigned to their fate.

Recommended by the World Health Organization (WHO), the new treatment can cure even the hardest forms of TB, particularly when reinforced with the new anti-TB drugs, Bedaquiline or Delamanid.

This brings great hope to the hundreds of patients suffering from M/XDR-TB in Kyrgyzstan. Some current patients have suffered for years both from poorly controlled and recurring infections, and from harmful side effects inflicted by past-generation medicines. Currently, more than 350 patients are benefiting from new individualized regimens throughout the country, with 60% of them on new drugs.

Kyrgyzstan suffers from one of the highest rates of new drug-resistant TB cases in the world, according to the World Health Organization (WHO). Approximately 27% of new TB cases and 60% of relapse cases are drug-resistant. USAID and the Ministry of Health have several joint programs to end this crisis, including USAID Challenge TB, which brought these new treatments to the Kyrgyz Republic. The introduction and administration of these new, more effective and efficient drugs and treatments is poised to save hundreds of lives across the country.