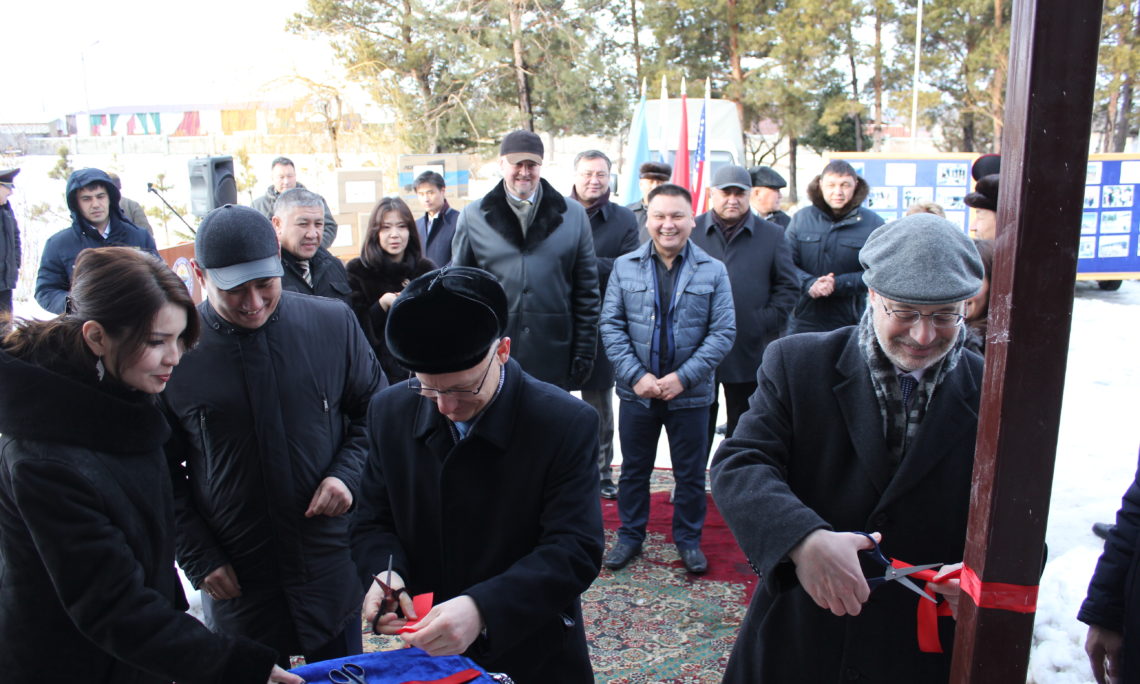 Bishkek – On December 8, the U.S. Deputy Chief of Mission Alan Meltzer made remarks at a handover ceremony in Karakol to present to officials from the Kyrgyz State Service on Drug Control (SSDC) a new administrative building equipped with ten new computers.  The new facility was jointly financed through donations from the United States and the Russian Federation, and carried out by the United Nations Office on Drugs and Crime (UNODC) K-50 project «Strengthening the State Service on Drug Control of the Kyrgyz Republic”.

The DCM in his remarks noted, “This year, we are celebrating 25 years of U.S.-Kyrgyz bilateral relations.  We certainly consider our cooperation in counter narcotics as one of the most impressive success stories in this quarter-century of cooperation. Since 2001, the United States has contributed over ten million dollars to this effort.”

The total dollar amount of renovations and computers is more than 10 million Kyrgyz soms ($147,000).  The event was attended by representatives of the Government of the Kyrgyz Republic, Issyk-Kul province administration, and a representative from the Russian Interior Ministry