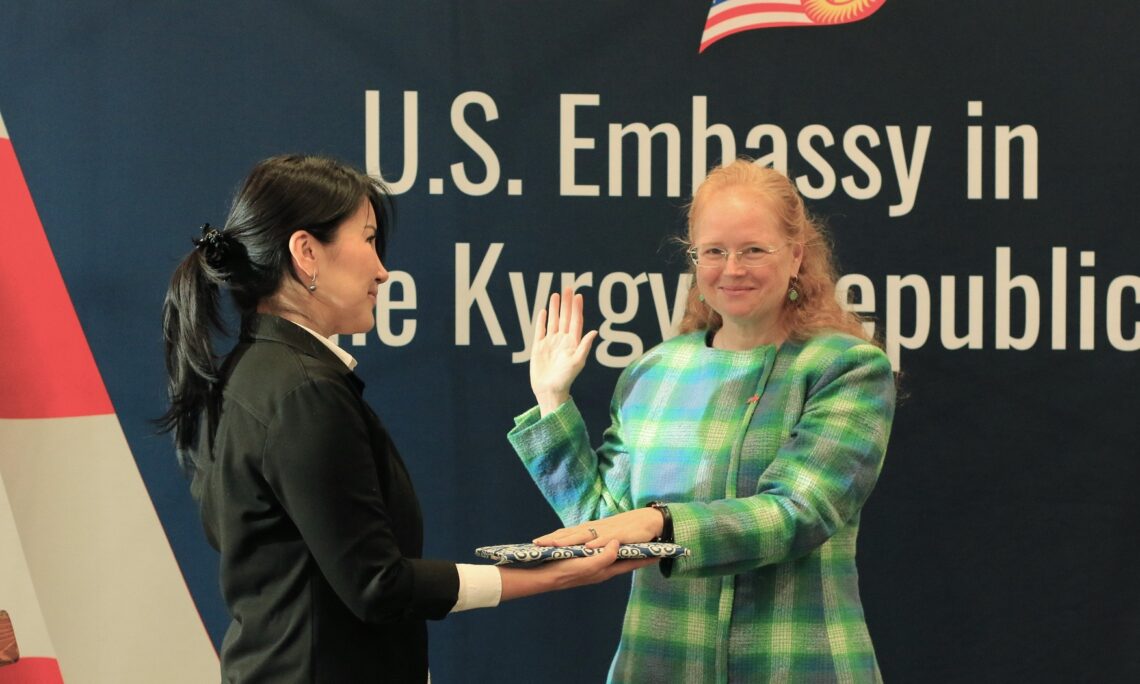 At the ceremony, Mission Director Adams noted, “Our programs are going into some very exciting areas for the next generation – expanding more inclusive education, using new technologies for combatting disease, protecting and promoting rights and access to information in new ways, and helping entrepreneurs make their ideas a reality”.

Ms. Adams holds a master’s degree in International Relations from Syracuse University, and a bachelor’s degree from Georgetown University. She speaks English, French, German, and Russian.

In the last ten years, the American people, through USAID, have provided over $400 million to support development programs in the Kyrgyz Republic. These programs cover a wide range of fields including business development, expanding trade, improving basic education, developing agriculture, strengthening independent media, enhancing local government, health system strengthening, and assisting the country in the fight against COVID-19.