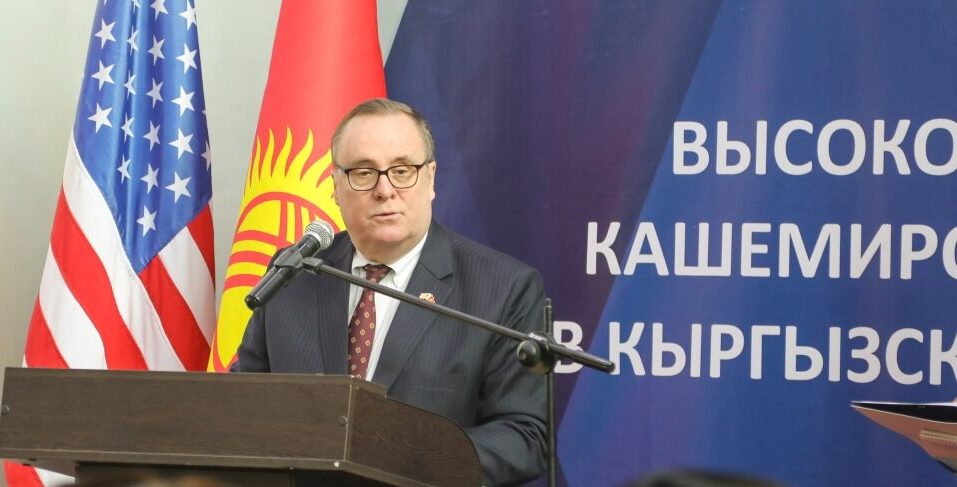 January 18, 2023  – Up to 80 tons of high-quality fiber will be produced annually by Kyrgyz Cashmere with new equipment provided by the U.S. government, through the United States Agency for International Development (USAID).  The company opened a new facility in Bishkek to process Kyrgyz yak, camel, and cashmere fiber.

As a result of this partnership with the U.S. government, Kyrgyz Cashmere will increase the incomes of hundreds of families as it expands wool collection to the Batken, Jalal-Abad, Naryn, Osh, and Issyk-Kul regions.

“We collect cashmere fiber from farmers in remote areas of Kyrgyzstan. Our production will create economic opportunities for more families. In the long term, our facility can expand further to source fiber from the broader Central Asian region,” says Sy Belohlavek, one of the founders of Kyrgyz Cashmere.

During the opening ceremony of the facility, Deputy Chairman of the Cabinet of Ministers of the Kyrgyz Republic Bakyt Torobaev noted the importance of such an enterprise for the development of the country. “I am convinced that “Kyrgyz cashmere” will become a brand of our country. The National Investment Agency will always support you. I would like to express my gratitude to USAID for the assistance. Also, I want to note that the development and strengthening of friendly relations with the United States is one of our country’s foreign policy priorities,” he said.

The company maintains high-quality processing to increase the competitiveness of Kyrgyz cashmere and yak fiber on the international market. In addition, Kyrgyz Cashmere will train shepherds and introduce innovative best practices to increase the Kyrgyz Republic’s exports to high-end clothing manufactures in Europe.

“Kyrgyz Cashmere is one of the many businesses that the United States, through USAID, is proud to support across the Kyrgyz Republic. In the last four years, we helped over 120 Kyrgyz businesses grow, increase their sales, access new markets, and, most importantly, create over 18,000 new permanent and seasonal jobs,” noted U.S. Ambassador to the Kyrgyz Republic Lesslie Viguerie.

The equipment for Kyrgz Cashmere’s new facility was supported under USAID’s Enterprise Competitiveness Project, a $23 million investment implemented over five years. The project works with small and medium businesses in textile, food production, agriculture, IT, finance, and others to help expand their production and sales, leading to job creation in the Kyrgyz Republic. The program has already provided support to more than 120 enterprises across the Kyrgyz Republic since 2018.