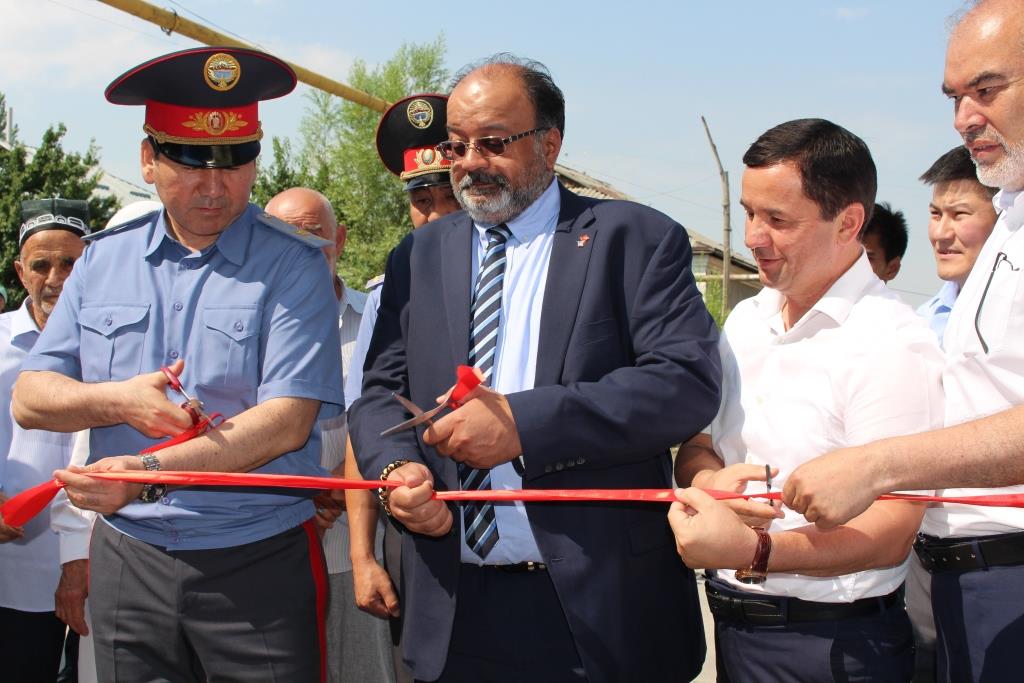 On July 10, First Deputy Minister of the Ministry of Internal Affairs (MIA) Suiun Omurzakov and the Director of the Office of International Narcotics and Law Enforcement at the U.S. Embassy in Bishkek Sandeep Paul inaugurated the Local Crime Prevention Center (LCPC) in Amir-Temur, a neighborhood in Osh City with a population of 52,000 facing issues of unemployment, domestic violence, drug addiction, forced early marriage, and youth involvement in radical and violent groups. The Amir-Temur LCPC represents a true partnership with 64 percent (approximately $15,000) of the funding provided by the U.S. Embassy’s Office of International Narcotics and Law Enforcement Affairs (INL), 18 percent (approximately $4,500) by the Osh City Mayor’s Office; 11 percent (approximately $2,600) by the Osh City Directorate on Employment, Migration and Youth; and the remaining 7 percent (almost $2,000) by the local community.

In his opening remarks, First Deputy Minister Omurzakov noted that “This Center (and office equipment) is perfectly prepared to coordinate between the Offices of the District Militiaman, the Chairman of the Aksakal Court, the Department for Work with Youth and Women’s Councils, which will improve services provided to our citizens.” INL Director Paul stated that “the United States has partnered with Kyrgyz officials, international organizations, and civil society to promote community policing best practices because communities are strongest when they are working together and law enforcement works best when it has a close relationship with the community.”  He concluded by saying that “community policing principles—respect for human rights, accountability, transparency, and rule of law—not only address, but also help to prevent crimes in the areas of domestic violence and violence among youth, facilitate public discussion of safety and quality of life issues, and address the drivers of radicalization and violent extremism.”

Since 2013 the United States has directed approximately $4 million to support community policing and law enforcement reform at the national and grassroots level in the Kyrgyz Republic, supporting 24 communities and 23 local crime prevention centers mainly in the south of the Kyrgyz Republic.