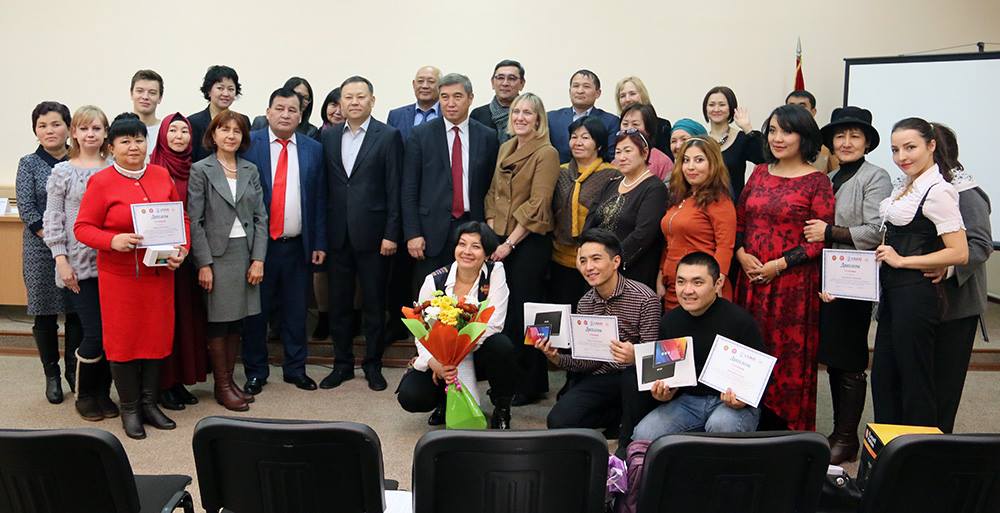 Bishkek – On November 25, the Ministry of Health and the United States Agency for International Development (USAID) will present awards to journalists who provided the best coverage of tuberculosis (TB) related issues in the Kyrgyz Republic. The award ceremony will start at 13:00 at the Republican Scientific Medical Library in Bishkek (Togolok Moldo, 1, at the intersection of Moskovskaya St.) with participation of the Minister of Health, Talantbek Batyraliev.

The Ministry of Health and the National TB Center organized the competition with support from the U.S. Government through the USAID Defeat TB project. The competition raised public awareness about prevention and treatment of this deadly disease and had the goal of decreasing stigma and discrimination against those who suffer from TB. A special selection commission consisting of TB experts and journalists reviewed over 134 works published in electronic and print media over the last seven months.

The Kyrgyz Republic, in partnership with the United States and other international donors, has made significant progress in the fight against TB. However, the Kyrgyz Republic still has a high rate of multidrug-resistant TB.