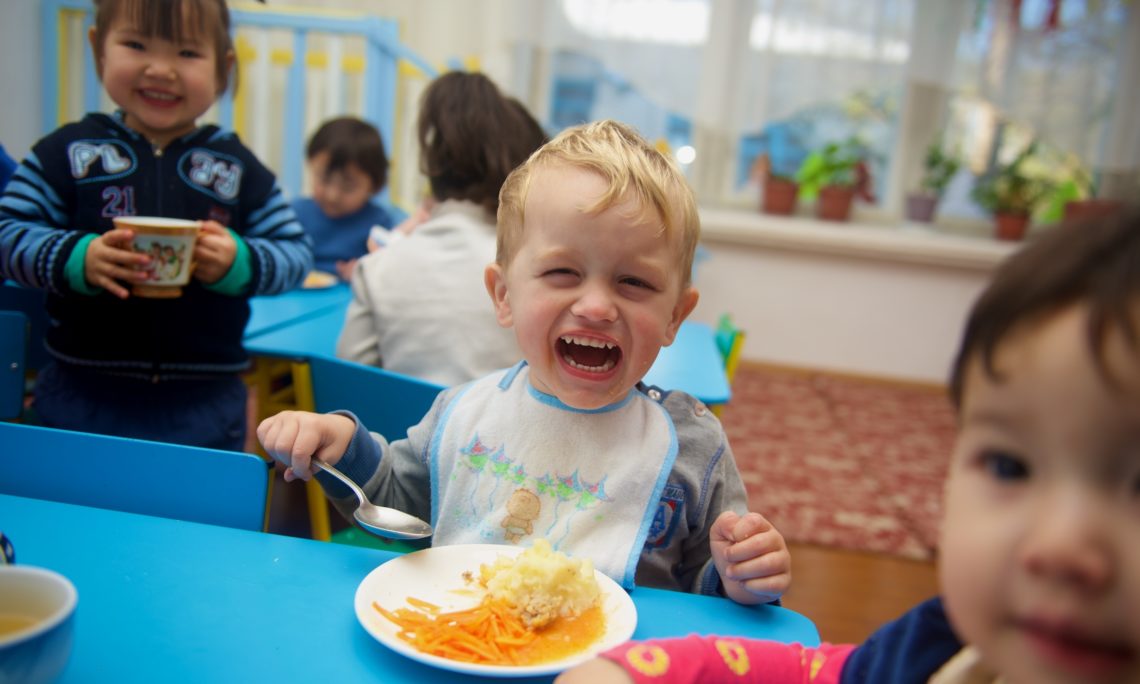 Director of the U.S. Department of State’s Office of Central Asian Affairs Scotty Reid; Prime Minister’s Office Education, Culture and Sports Department head Almazbek Beishenaliev; Education and Science Ministry’s Preschool and School Education Department chief specialist Nazgul Musaeva; hundreds of teachers and administrators of Kyrgyzstani educational institutions; representatives of implementing organizations; and members of the media gathered for the official launch of the U.S. government’s McGovern-Dole Food for Education Program for 2018-2021 at Bishkek’s Hyatt Regency Hotel on February 6, 2018. Mr. Reid acknowledged “the many deep people-to-people connections” developed over the years between the American and Kyrgyzstani people, and thanked all Kyrgyzstanis who have expressed gratitude for the United States’ partnership and praised them for the outstanding and critically-important work that they do, concluding “The United States is proud to work together with you to ensure that young Kyrgyz citizens receive the resources to succeed.”

This program supports and develops the development of Ministry of Education and Science of the Kyrgyz Republic’s national school meals program. The program implementer, Mercy Corps, will provide food — such as fortified flour, vegetable oil with vitamin A, peas, and rice — as well as grants to repair school food units and school infrastructure, including modern kitchen equipment, directly to schools. In addition, school personnel, including cooks, will attend relevant seminars and training programs at the Kyrgyz Ministry of Education and Science.

The McGovern-Dole Program is funded by aid of people of the United States of America through the U.S. Department of Agriculture (USDA).

Mercy Corps Country Director in Kyrgyzstan, Umamat Kandalayeva, expressed her gratitude to the partners and stressed that “the new program launch is possible due to support of the donor — the U.S. Department of Agriculture (USDA), as well as joint activities between all partners.”

The McGovern-Dole Food for Education and Child Nutrition Program has provided 154 schools and 481 kindergartens of the Kyrgyz Republic over 2,000 tons of food; and approximately 55 million hot meals to over 32,000 primary school students and 50,000 children in kindergartens, since 2012. The total budget for 2017-2021 is over $20 million.