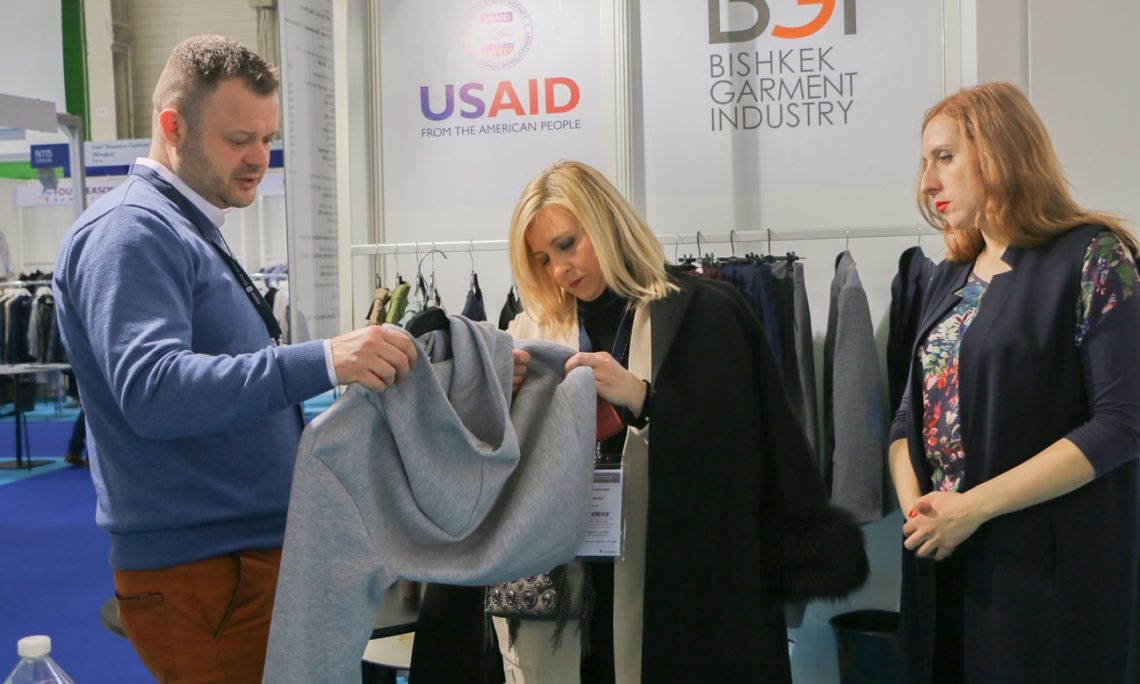 Over the last year, the United States Agency for International Development (USAID) facilitated more than $6 million in exports for local Kyrgyz businesses in the garment industry and agricultural sectors.

These export opportunities expanded production, introduced international quality control standards, and improved business processes. The Director of USAID’s Economic Development Office, Luis Hernandez highlighted the importance of international business-to-business events where Kyrgyz companies can meet and engage with potential buyers from around the world. “In 2017, we organized trips to various events in Turkey, France and other European countries. In fact, several of our partners returned several weeks ago from Paris, where they participated in one of the largest apparel exhibitions in Europe” says Mr. Hernandez.

These efforts have resulted in some remarkable achievements. In the garment sector, for the first time several local manufacturers met the strict quality and production standards of international buyers who are interested in export contracts of more than $2 million a year. In the agriculture sector, local companies also met international requirements and food safety standards, securing export contracts of over $4 million to the U.S., Kazakhstan, and other countries in the region.

USAID works in partnership with more than 60 Kyrgyzstani businesses to actualize the potential of the private sector to drive sustainable economic growth, improve infrastructure, mobilize investment, and create jobs. In 2017 alone, these partnerships mobilized more than $25 million of local capital investments for the immediate benefits of local entrepreneurs, small businesses, and farmers.

These partnerships are a part of USAID’s two major projects on economic development in the Kyrgyz Republic: USAID Business Growth Initiative and USAID Agro Horizon, the total value of which exceeds $40 million.