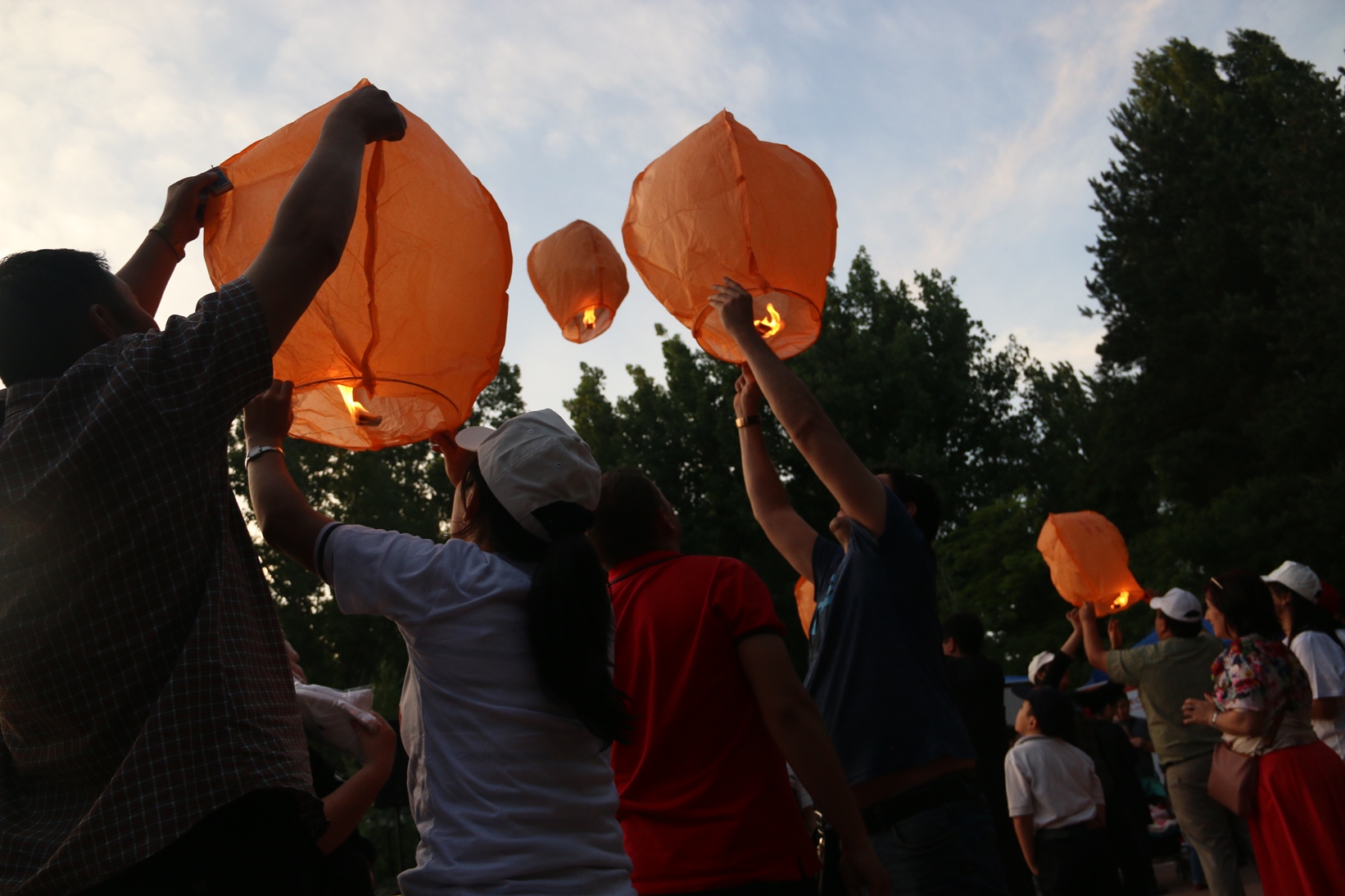 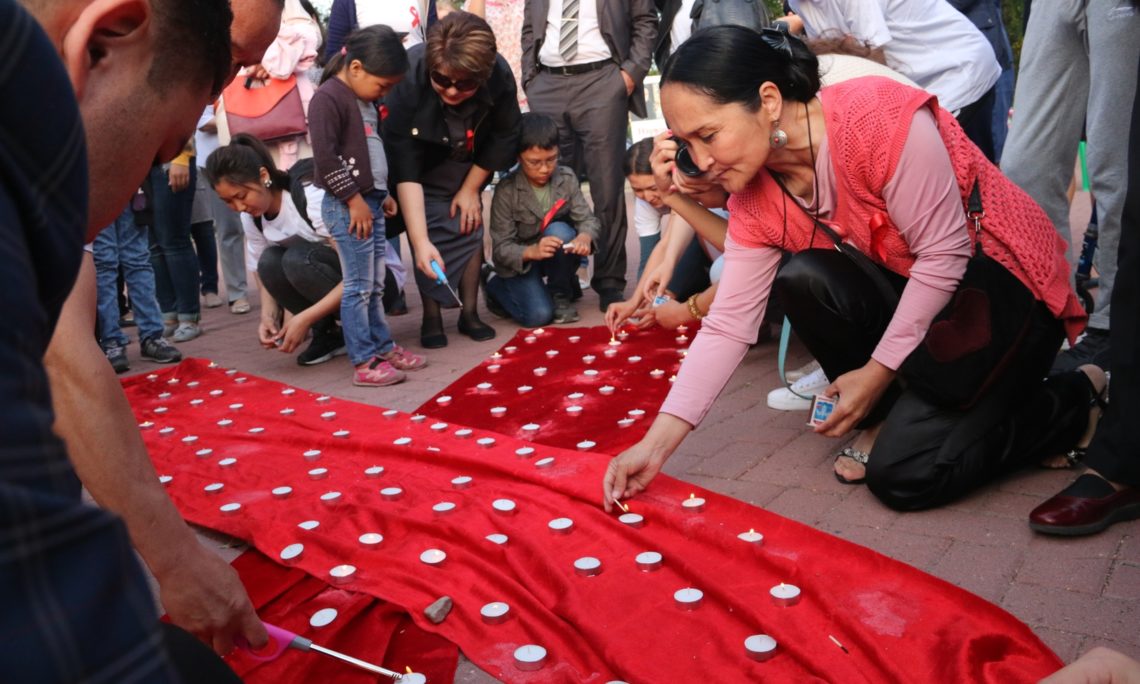 May 27, 2017 – On May 26, USAID, the Republican AIDS Center, and UNAIDS held International AIDS Candlelight Memorial events in the cities of Bishkek and Osh, and in Chui oblast. Hundreds of people came together to commemorate those who died due to AIDS and to express their solidarity with people living with, and affected, by HIV/AIDS. Candlelight Memorials have been held for over 30 years and are organized on the third Sunday of May around the world to raise social awareness about HIV/AIDS.

The Republican AIDS Center estimates that about 8,000 people in the Kyrgyz Republic live with HIV and that only 2,800 currently receive antiretroviral treatment. Stigma and discrimination are challenges in the fight against HIV/AIDS, and many people fail to use HIV/AIDS prevention or treatment services out of fear of discrimination.

The U.S. Government, through the USAID HIV Flagship Project, works with a number of community-based organizations to identify HIV cases and help people living with HIV to stay on lifelong treatment. The project follows the ambitious UNAIDS 90-90-90 strategy, which aims to ensure 90% of people with HIV are diagnosed, 90% of those are on anti-retroviral therapy, and 90% of those on treatment have very low levels of the virus in their blood so they stay healthy and don’t transmit the disease, by 2020.