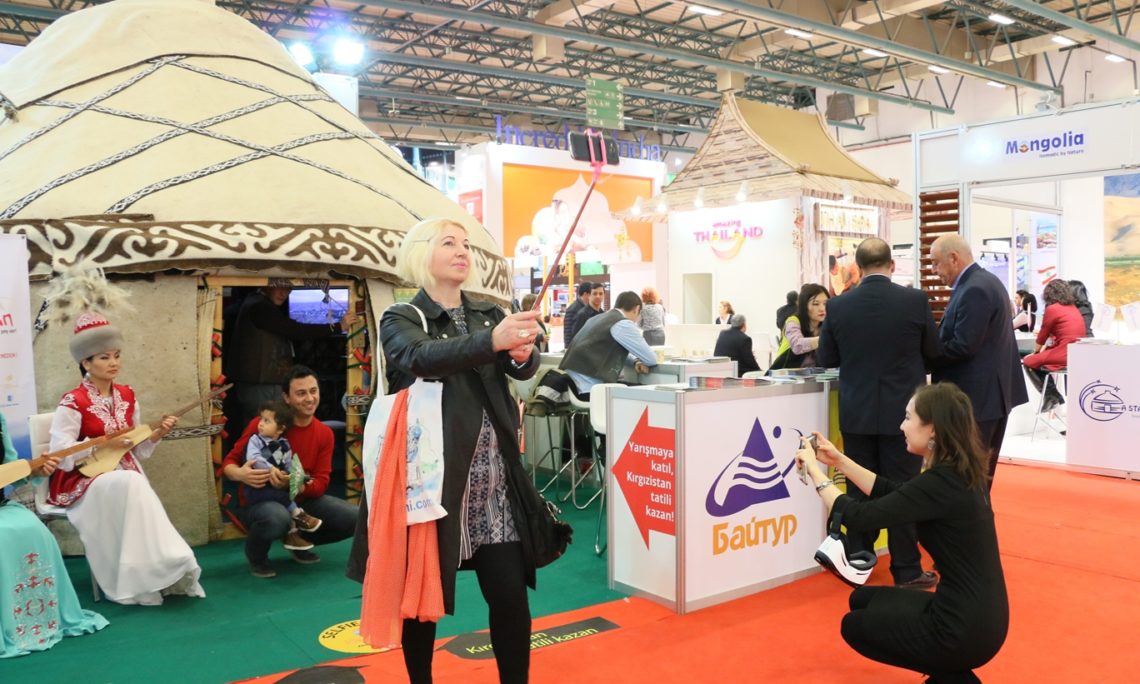 Representatives of 80 countries took part in the Turkey’s largest tourism exhibition. Over the course of the four-day fair, over 14,000 people visited Kyrgyzstan’s booth that featured a full-size yurt, traditional food, and music. Kyrgyzstan’s delegation received the Most Authentic award for the exhibition’s unique design that reflects the country’s culture.

The Kyrgyz booth served boorsok and kymys to visitors as they enjoyed classic melodies from traditional komuz players. Visitors tried on traditional clothing and posted their photos online for a chance to win a trip for two to Kyrgyzstan. Guests experienced 3-D video tours  that demonstrated the country’s majestic mountain landscape.

Participation in the EMITT fair is a part of USAID’s effort to capitalize on cultural and historic ties between Turkey and the Kyrgyz Republic to attract more tourists. Based on a recent study, there is growing interest among Turkish tourists in Kyrgyzstan and the Most Authentic award at the EMTT will only help to raise Kyrgyzstan’s profile as a premier destination for Turkish tourists.