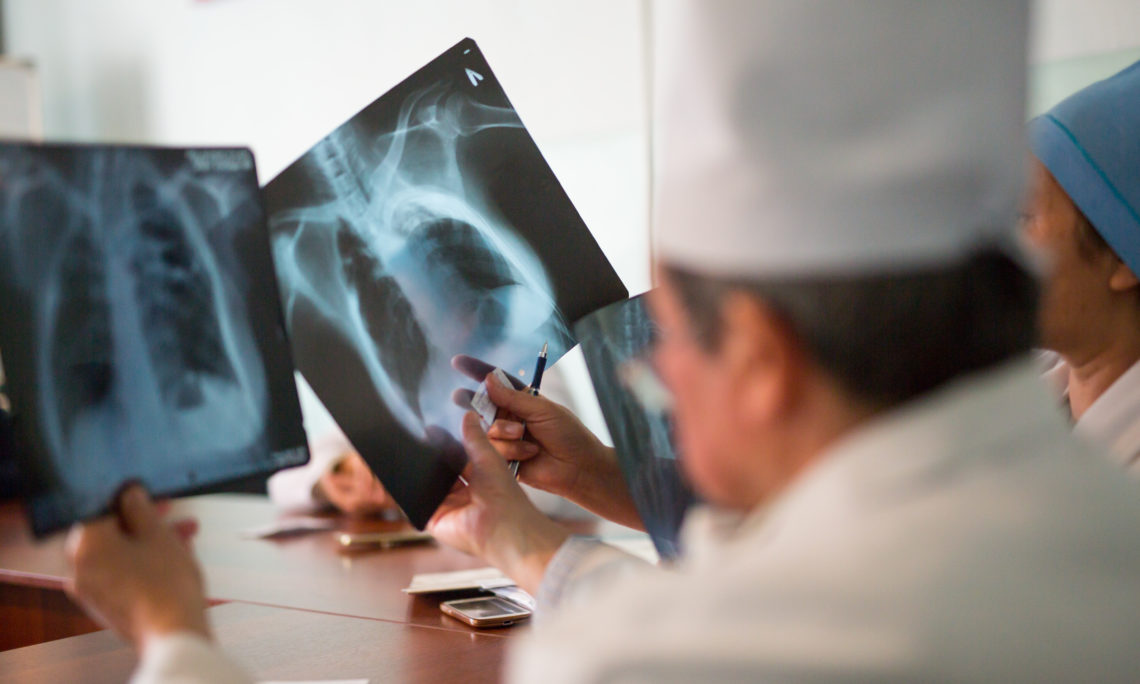 Bishkek – Each year, we recognize World Tuberculosis Day on March 24. The U.S. Agency for International Development (USAID) works with the Government of the Kyrgyz Republic to fight this deadly infectious disease. Following a new roadmap on improving prevention and treatment of tuberculosis (TB) developed with USAID’s support, the Kyrgyz Republic is adopting new treatment models, modernizing the health system, and providing new incentives for doctors.

Kyrgyzstan has one of the highest rates globally of drug-resistant forms of TB (around 25% of new cases), which are extremely dangerous as they are no longer responsive to the standard treatment and can take up to two years to treat. USAID, in partnership with the Ministry of Health, introduced new drugs and more effective treatments to treat drug resistant TB. Nearly 400 patients enrolled in these treatments have already reported notable progress, fewer side effects, and faster recoveries.  The new interventions will save hundreds of lives across the country.

One of the obstacles to treating TB is the long treatment process. Patients must take medicine for months after being discharged from hospitals, which is difficult to do without proper follow-up care from primary health care workers. Because of this, USAID worked with the Mandatory Health Insurance Fund to develop a financial model to pay doctors and nurses for each successfully treated case, which incentivizes them to ensure that patients complete the lengthy treatment. This model was further supported by a special information system to track expenditures for all patients at TB hospitals in a timely, secure, and reliable manner. The new system was developed with USAID’s support and is in line with the Government’s Taza Koom principles. After successful piloting, the software has since been expanded to all hospitals across the country.

To further support the proper diagnosis and treatment of TB in the country, USAID supported publication of the first student-oriented textbook on TB. The textbook is aligned with international best practices, contains the most up-to-date information on this deadly disease, and has data and analyses specifically relevant to the Kyrgyz Republic and Central Asia. Medical institutions throughout the country received more than 2,000 copies of the book.

Despite some progress, TB remains a serious epidemic in the Kyrgyz Republic with 5,500 new cases, including 1,400 new drug resistant cases, and 400 deaths every year. Through the USAID Defeat TB and USAID Challenge TB projects, that together have a budget of $17.5 million, the U.S. Government supports the National TB Program in its efforts to control TB epidemic in the Kyrgyz Republic.